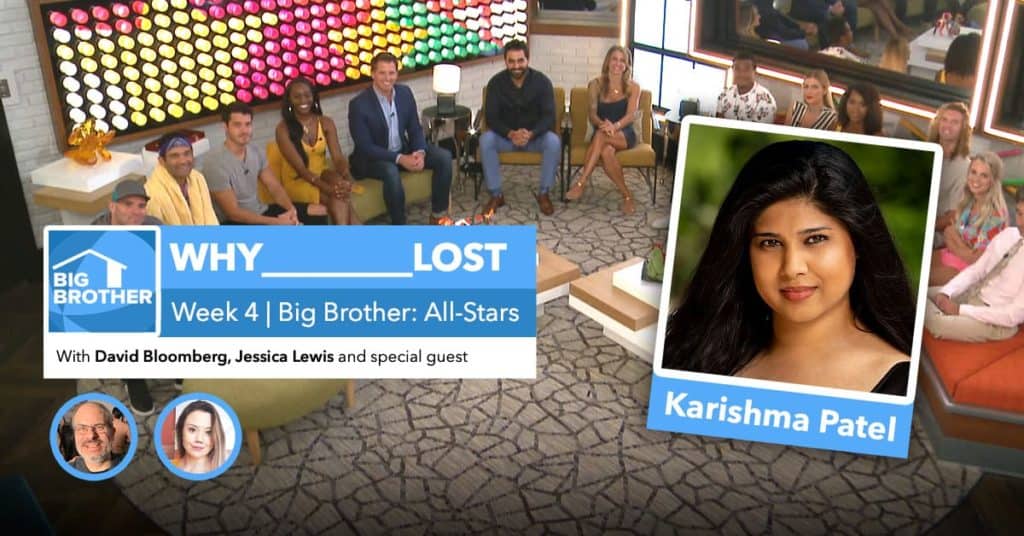 Each week during this season of Big Brother All-Stars, David Bloomberg & Jessica Lewis will talk about why each evicted houseguest is voted out of the BB22 house. For more on David’s Big Brother rules check out his most recent update… What Big Brother 22 Houseguests Should Have Learned

Survivor’s Karishma Patel (@QtKarishma) joins David and Jessica to discuss Kaysar’s game and eviction. Last week we found that there were things Janelle could’ve done that might have changed the outcome, and that’s true again this week for Kaysar. He had seven more days to try to change his situation and no longer had Janelle drawing as much attention to the two of them. What did he do with that extra time and space? What should he have done differently? It’s time to figure out Why Kaysar Lost.

4) Don’t Let Your Emotions Control You

Appendix A: The Jury Phase

Wondering why some of your other favourite Big Brother All-Stars lost? Check out the following links: