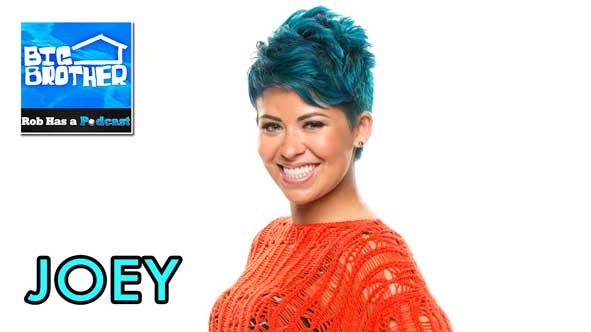 This past Thursday night, Joey Van Pelt was the first player evicted from Big Brother 16 by a vote of 13-0.  Joey joins Rob Cesternino to discuss her time in the game and thoughts on why her women’s alliance didn’t work out.

In this interview, Rob asks Joey about the following topics from her time in the game?

Be sure to join us for our next show on Wednesday night at 9:15 pm ET with Kara Monaco from Big Brother 14 and then again on Thursday night at 10:15 pm with Big Brother 14‘s winner, Ian Terry.  Also, Rob will speak with the second player evicted on Friday morning on Rob Has a Podcast.

Check out our Sunday Night Big Brother recap with our interview with Judd Daugherty from Big Brother 15.