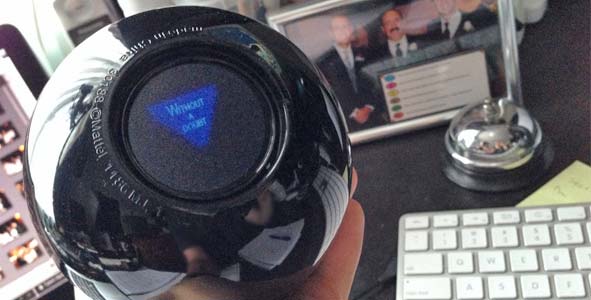 Rob always has the answers.

For the third time ever, Rob and Nicole answer 25 questions from the RHAP community in one huge podcast. If you missed it previously, here are the links to the first two “25 Question” podcasts.

The Original 25 Question Carcast from January 2013

Here are the questions that are answered in the show, you’ll have to listen to hear the answers:

Question 2) Cory Bettel What is your day job?

Question 3) Jeff McGinnis What is the likelihood of a Surivor: All-Stars 10-year reunion podcast?

Question 4) Jeremy Sidabras Do you believe in New Years Resolutions? If so, what is yours for 2014?

Question 5) Tina Scheer When are they going to have a 1st Voted Off Survivor instead of seeing the same people back over & over? (Not that I don’t like those people, MOST of them I do… its just a question!)

Question 17) [–]BlueJays96 Do you ever get tired of watching Survivor and doing the podcast?  Like some weeks do you find it hard to stick with the routine. If I had to talk about something for so long I feel like I would get sick of talking about 42 minutes of television for a total of around 3 and a half hours each week.  Don’t get me wrong I love listening, but I don’t know how easy it would be to do the talking.

Question 17a) Ken: Have you ever gone through a period where you thought you over it? The show? Podcasting, etc?

Question 18) Michael Rogers I think they should do a whole season of retired pro athletes… Gary Sheffield, Tonya Harding, Dennis Rodman, Jose Canseco, Kristi Yamaguchi… Production makes how many millions? They should drop 5 million to get an exciting cast before the show starts.. they spend more building tribal council with Orange lighting that looks like a set than casting. Let’s have podcast about the ultimate cast, theoretical with no limits. Maybe producers will listen a light bulb will go off. $1,500/week is nice but lets get some action. It’s gotten to be like dry toast.

Question 19) Stephen Drabek If you could have dinner with any 5 people ever, who would they be? (Bonus: If the situation called for it, which fast food restaurant would you take them to?)

Question 20) David Grimm Why does the Survivor production crew have a fetish with making the castaways walk in a single file? I noticed in the last several seasons that they always walk in a line when leaving for Tribal Council when it would be more natural to walk beside each other. Not only that, but whenever the Survivors walk into a challenge area, the line is always in order from shortest to tallest. The girls and the Hantz’es are always in front.

Question 22) Bob Wolk If you had to develop a new reality show, what would it be?

Question 23) Will Hatch Who would win in a game of fictional Survivor: The cast of Lost or the cast of Game of Thrones?

Question 24) Voicemail from Parasocial Dude about a reality where Rob C. got a sitcom writing job after Survivor: The Amazon

Question 25) Clark Wilcox Will you ever host another Survivor or Big Brother Jeopardy again? Those were a blast to watch!

Bonus Question) Bill Thompson – Rob, could you please get Nicole’s opinion of this recent “Ask Me Anything” from Reddit.  Thanks!

RobHasAwebsite.com/Patreon – Learn more about supporting RHAP for 25 cents a podcast.

The Reddit AMA That Rob and Nicole Talked About – It’s NSFW unless you are a professional podcaster.