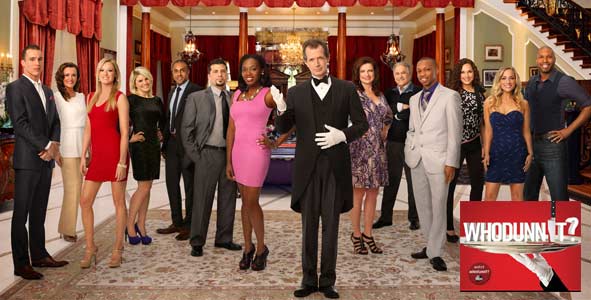 Trying to uncover a murderer on ABC's Whodunnit?

Join Reality Detective Rob Cesternino and murder-mystery aficionado Curt Clark (of Miss Survivor vote-counting fame) as they hone their investigative skills and discuss the premiere of ABC’s murder-mystery reality television show, “Whodunnit.”  Rob and Curt explore this new entry into the reality genre, and discuss how it borrows from such “classic” mystery reality TV series as The Mole and Murder in Small Town X, as well as what new ideas and gameplay it brings to the table.

Whodunnit covers a lot of ground during its premiere, and Rob and Curt do their best to keep up with the breakneck pace of the show, from the murder that takes place in the first act, through the crime scene investigations and inevitable clues that the Killer leaves for the guests to unravel, to the closing scene where the hopes and dreams of $250,000 quite literally go up in flames for one of the contestants.

With more than a few Clue references thrown in for good measure, Rob and Curt discuss:

So slip into your Estate-issued pajamas and socks and hop on board the Orient Express of podcasts for this glimpse into the wickedly-clever mystery-reality show, Whodunnit.