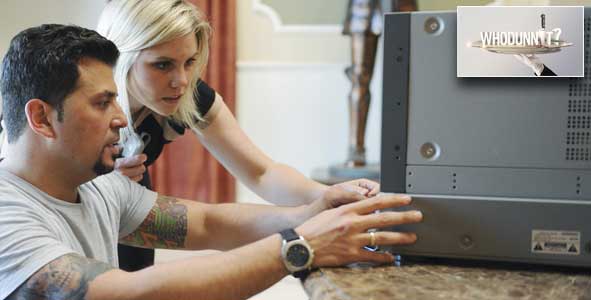 The killer has a fondness for VHS tapes on Whodunnit

After an explosive episode of Whodunnit, Rob Cesternino talks with Curt Clark about the investigation surrounding the death of Adrianna.

Rob discusses how the social games of the players is looming large over the action in week 3 of Whodunnit. Kam, Ulysses and Cris were in an alliance with Lindsay from last week, but now a new alliance has emerged led by Ronnie and Geno. Rob and Curt discuss how social politics will play a part in this still evolving game.

Plus, Rob and Curt discuss the details of the murder of Adrianna, mourn the loss of Don at the hands (or paws) of a cougar and discuss the Whodunnit book, available on Amazon.com