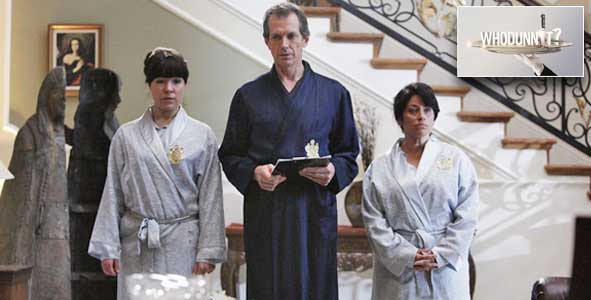 Giles is killing it with the puns on 'Whodunnit?'

The Whodunnit killer struck again!  Sheri and Dantae may be dead, but Sherlock Cesternino and his humble assistant Dr. Clark have survived another week to bring you their take on Episode 2 of ABC’s “Whodunnit?”  In this episode of Rob Has a Podcast, they fire up their investigative skills and explore the line-up of facts, lies and confused guests as everyone tries to solve the mystery of Dantae’s Inferno.

Join the mystery as Rob and Curt delve into such burning topics as:
As always, leave your questions or comments here or on the Rob Has a Podcast Facebook fan page, or reach out to Rob (@robcesternino) and Curt (@curtclark) on Twitter.