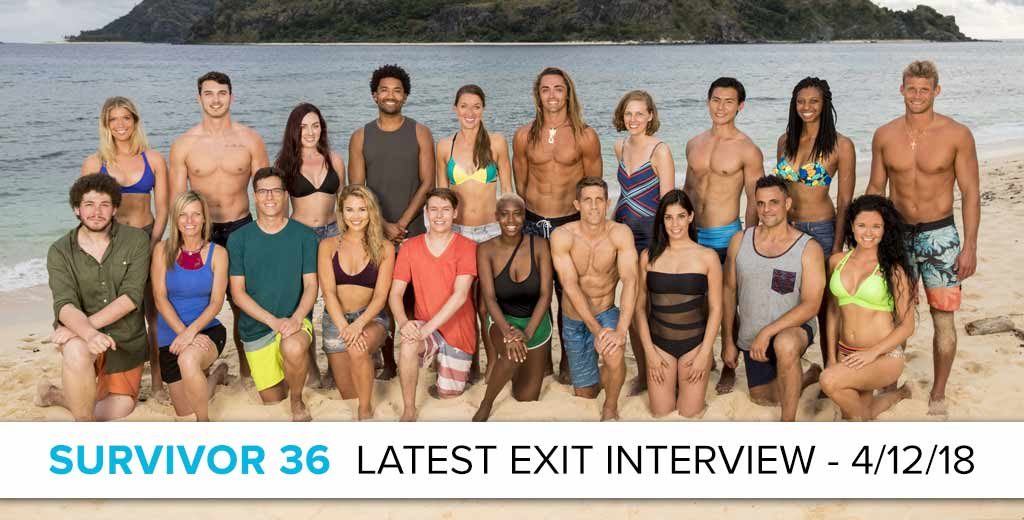 Rob Cesternino talks with the latest player voted off from Survivor: Ghost Island – Chris Noble.  Then, Rob welcomes Jordan Kalish back for the This Week in Survivor History Quiz with special guest, Lita Brillman

After making one of the worst blunders in Survivor history with an idol where J.T. Thomas made another bad blunder two seasons ago, model Chris Noble believed that the idol needed to last longer in order for him to win. He said that he would have been more likely to play his idol if both Domenick and Wendell, or neither, played an idol. Contrary to Rob’s belief on the Know-It-Alls last night, Chris believed that Domenick’s fake shell idol was a real idol because Domenick showed him the paperwork from his real one.

Domenick is Like Tony, Boston Rob, and That Other Guy

Chris said that his nemesis Domenick, is like Tony, Boston Rob, and someone he could not remember all rolled into one. After learning how the vote went down, he is bitter at Sebastian, because they are like brothers, and Donathan, for being the first to tell Domenick to take him out, after their raw, close relationship.

Very Classless and Uncalled For

When asked about Wendell’s scathing voting confessional asking him to stop rapping, he said it was very classless and simply uncalled for. As to why he did not agree with Domenick’s truce, he said it was because he could not trust Domenick at all. With regards to the third Tribal Council, he said he told Angela to blindside Domenick if he went to Ghost Island, and thinks there was a 50/50 shot it was him or Domenick if he had not gone to Ghost Island. Sadly, for him, he did not even get to keep J.T.’s idol because production immediately took it from him after his blindside.