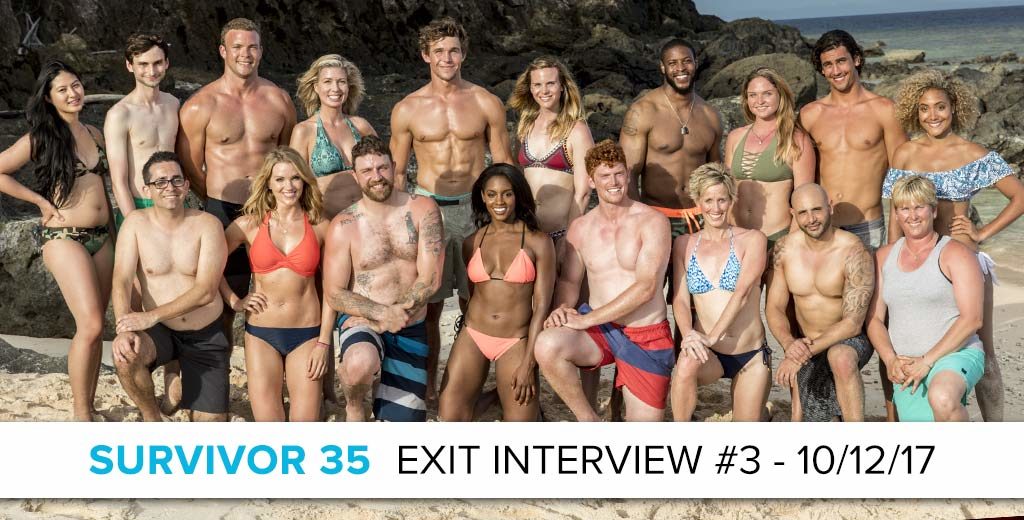 Every Thursday, Rob Cesternino will speak with the latest player voted off of Survivor 35

Patrick Bolton on the Embarrassment of the Survivor “Sun King”

The Survivor “Sun King” left Hustler beach with sun burns at only the first degree instead of third. However, this is the only benefit the embarrassed Patrick Bolton took away from being the second blindside victim and third boot of Survivor: Heroes v. Healers v. Hustlers. Patrick was almost certain that fellow Hustler fisherman Lauren Rimmer would be caught off-guard and sent to go fishing with Simone and Katrina at Ponderosa.

The Relationships Patrick Thought He Had

He was very disappointed by Ali and Ryan, from having a pre-game relationship with Ali and having a comforting conversation with Ryan one hour before Tribal Council. He even kept his relationship with Ali a secret to avoid being taken off the show before it began, and believes his cautiousness around Ali hurt him, even though he confided a lot in her. He also thought he had a guy’s alliance with Devon but never solidified it to his chagrin. The way he felt the vote came to be in Lauren’s favor was that the hilarious Ryan was convinced by Lauren to vote out Patrick, then Devon solidified the plans, and that Ali just had to tag along.

He does not believe Lauren would have done better at throwing sandbags but wishes he let her sub in for him. In regards to Lauren’s controversial red-head comments, all Patrick can do is laugh.

Patrick still has no idea why he ate a stick, but says that his fear of crabs came from almost having a finger broken by a crab.

Sunday: Why _____ Lost with David Bloomberg and Jessica Lewis