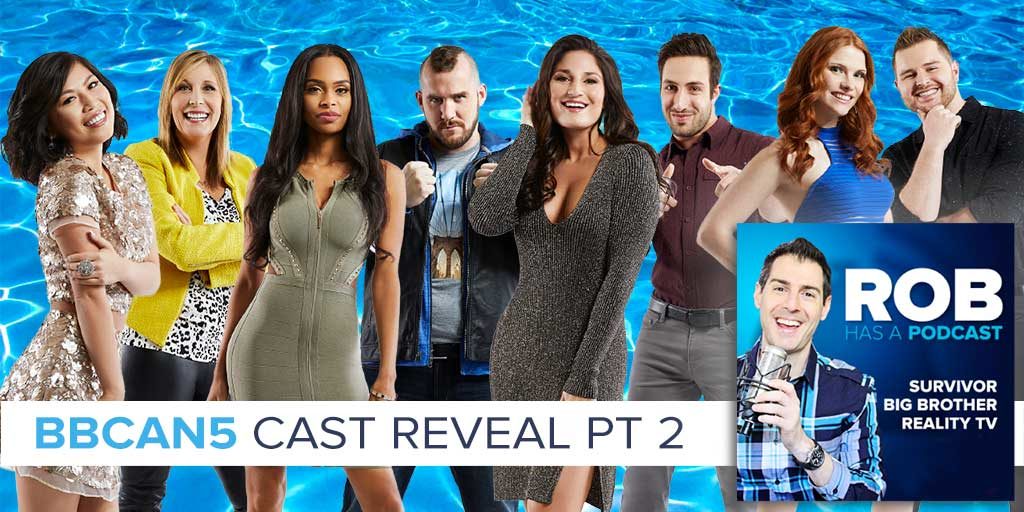 Second chance houseguests fighting for intergalactic glory include: Ika Wong from Thornhill, ON; Dallas Cormier from Edmonton, AB; Sindy with an “S” Nguyen from Toronto, ON; and Cassandra Shahinfar from Winnipeg, MB. These returning favourites are going head-to-head with new houseguests including: Demetres Giannitsos, a blue collar contractor from Edson, AB; Karen Singbeil, a real estate broker from Victoria, BC; Dillon Carman, a heavyweight boxing champion from Madoc, ON; and Jackie McCurrach, a professional pizza maker from Port Coquitlam, BC.

Meet the final eight of this season’s 16 houseguests:

BBCAN background: This sassy and unapologetic Season 2 houseguest is responsible for one of the most talked about moments in BBCAN history – shredding her fellow houseguests’ letters from loved ones in exchange for $5000. But Ika shredded her chances to win along with those letters and was ultimately evicted in near unanimous vote.

Second chance strategy: “The last time I played, I was like, I’m going to win! I’m going to slay them. This time, I just don’t want to go home first! I’m going to take it week by week. Last time I couldn’t shake my strategy and I think that hurt me.”

BBCAN background: Dallas’ fatal move was not participating in fellow houseguest Tim’s nomination process, which gave each houseguest nomination points in the form of gummy koalas. As a result, Dallas received the most koalas of any houseguest, he was put on the block, and his alliance was targeted, making him the first male evicted in Season 4. Who knew gummy koalas could be so dangerous!

Second chance strategy: “You can’t have a stone cold strategy before you see your fellow houseguests. You have to be a chameleon and adapt to your surroundings in the BBCAN house. I’m really going to try to get to know people better this time because the people I thought I knew well last time were the ones who voted me out.”

BBCAN background: Despite being a competition beast, Sindy’s self-assured attitude and cocky demeanour put a target on her back from day one. She was one of the first five evicted houseguests in Season 3, and holds the record for the most eviction votes ever received by a houseguest in a single eviction.

Second chance strategy: “I’m more aware of how to compete. Hopefully I won’t go in and make myself such a target this time. I really want to work on my social game and improve how I approach relationships in the house.”

BBCAN background: A strong social game couldn’t save Cassandra from the dreaded triple eviction. After the brothers won the Power of Veto Cassandra found herself on the block with Tim and ultimately evicted.

Second chance strategy: “I still want to ride the middle, and analyze everyone in the house. I still want to say what I need to say to get through each week, and play to each person. But I want them to think I’m this new, different, settled person. Everyone knows how I do things, so that will be my biggest challenge.”

This confident, self-professed beefcake nicknamed “The Greek” loves to workout and grab attention from the ladies, but he’s looking to align with fellow alpha males early in the competition to make it to end.

Having lived on both sides of the border, this mother of three thinks her ability to adapt will give her an edge in the BBCAN5 house, with her personal motto of “go hard, go big, or go home” keeping her going.

This professional boxer and current Canadian Heavyweight Champion is a strong and powerful competitor, but a teddy bear at heart. But houseguests shouldn’t let his soft side fool them – Dillon works best under pressure and his mental strength matches his physical strength.

Fun, outgoing, and silly, this fiery redhead is a guys’ girl that’s focusing on keeping her head in the game and improving her mental strength when she gets into the BBCAN house.

Airing exclusively on Global, Big Brother Canada plucks a group of hand-picked strangers from their homes, sequesters them from the outside world, and places them inside a house outfitted wall-to-wall with cameras and microphones that capture their every move. The houseguests compete for a grand prize of $100,000, a $30,000 home furnishing makeover from The Brick, and a new 2017 Toyota 86.