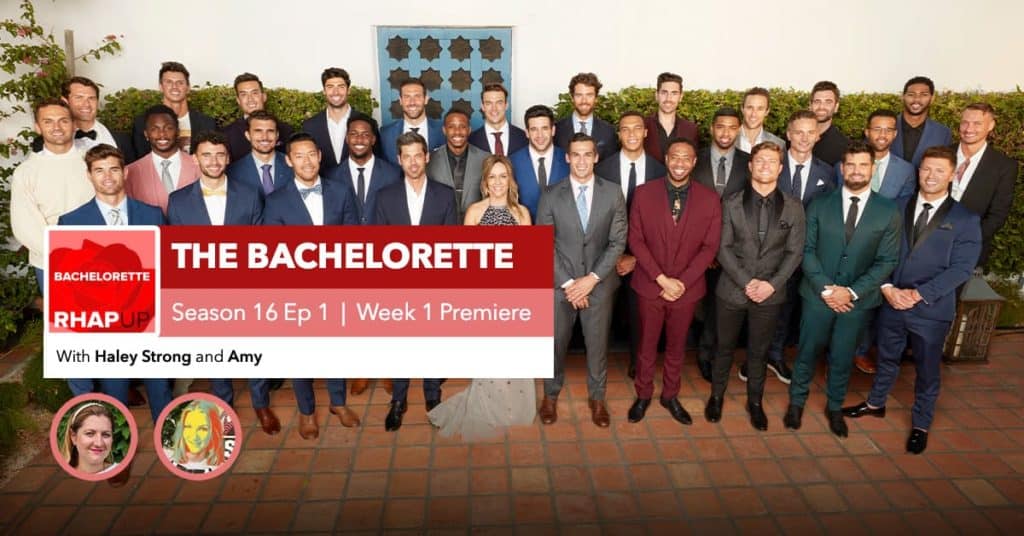 The Bachelorette is back for the 16th season, Clare Crawley is still on the hunt for love, and Haley and Ami are here to break down episode 1. While Juan Pablo may have left Clare heartbroken all those years ago, this 39 year-old hairstylist from Sacramento California is determined to find love. From knights in shining armour and the first impression rose to a man in a straitjacket and night one drama, Ami and Haley discuss it all.

In this podcast, they talk about:

Will this be the MOST dramatic season ever? Are you excited to see Clare back again for another shot at love? Which guys are standing out to you after night one? Share all of your Bachelorette thoughts with us on Twitter by tagging Reality TV RHAPups @rhapups and using the hashtag #RHAP!

The men vying for Clare’s heart this season include: