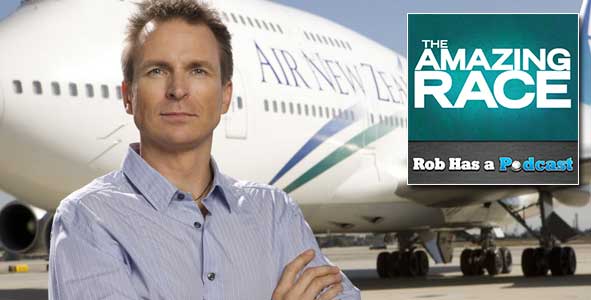 Amazing Race 2014: Interview with Phil Keoghan on 25 Seasons of The Amazing Race

In a special bonus edition of Rob Has a Podcast, Rob and Jessica Liese talk with Phil Keoghan, host of CBS’s The Amazing Race since its debut in 2001. Rob, Jessica, and Phil start by discussing the new season, now airing on Friday nights. From there, Phil shares his thoughts on the reasons for the show’s success and longevity through 25 seasons, how the race remains a fair game for all the contestants, what he thinks about the international versions of TAR, and the grind that goes in to producing a 12-episode season in just 21 days.

Phil is also excited that thanks to the newly announced CBS All Access app, all of the past seasons of The Amazing Race will become easily available in streaming form – and an entire new generation of fans can see the show from the beginning.

Finally Phil discusses how he feels about reality show players competing on the race and lets us know how impressed he is with Jim and Misti’s teeth.