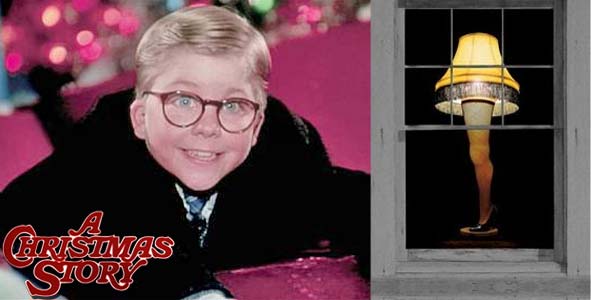 This Christmas Story Recap will Shoot Your Ear Out

Break out your “Ian Terry secret decoder ring” – Rob Cesternino is joined by the winner of Big Brother 14 himself for an RHAP Christmas tradition: a holiday moviecast, this year on the 1983 cult favorite “A Christmas Story”.

Neither Rob nor Ian would call themselves the world’s biggest fan of “A Christmas Story,” but both have a lot of exposure to it – Rob says Nicole’s family loves it and watches it every year, and Ian recalls the movie always being on during Christmas time (though this is his first time watching the movie in its entirety, as he’d previously only seen the same few scenes over and over). They are both also very fascinated as to how “A Christmas Story” went from a movie that was basically ignored in its first theatrical release to a beloved family film that is played continuously for 24 hours on TBS every year. Ian credits the movie’s popularity to its segmented nature, almost a collection of half a dozen short stories running no more than 10 or 15 minutes, which holds people’s attention better than a movie that actually feels like 90 minutes. Rob compares it to the Christmas Yule log, just playing in the background this time of year even if no one’s really watching. Rob also tries to predict what sleeper movie – perhaps “A Madea Christmas” – he and Ian will be talking about in their holiday moviecast 15 years from now.

Throughout the podcast, Rob and Ian answer the tough questions about “A Christmas Story,” such as how smart Ralphie Parker really is and whether he should be trusted to operate a Red Ryder BB gun in his condition. From there, they attempt to dissect the rules and escalation of the “dare” system used by Ralphie, Flick and Schwartz – why skip over the regular “triple dare” right to the “triple dog dare,” and are there cat dares? Also, is there a more sinister reason that the Bumpuses have so many dogs? Did Scut Farkus’ toady sidekick grow up to be one of the most notorious villains on reality TV? And what exactly did Ralphie’s old man do to win his “major award”? Plus, Rob and Ian begrudgingly delve into the sex life (or lack thereof) of Mr. and Mrs. Parker, question why the old man is so shocked to hear Ralphie say “fudge,” and contemplate whether Rob Has a Podcast would have been a big hit back in the 1940s with a “Little Orphan Annie” Know It Alls recap show. And I hope you got your decoder ring out, because Ian has a special message for you during the show!

So sit back, relax, and be sure to drink your Ovaltine as Rob and Ian bring you “A Christmas Story” podcast – better than any gift you’ll find at Higbee’s Department Store, even a leg lamp!