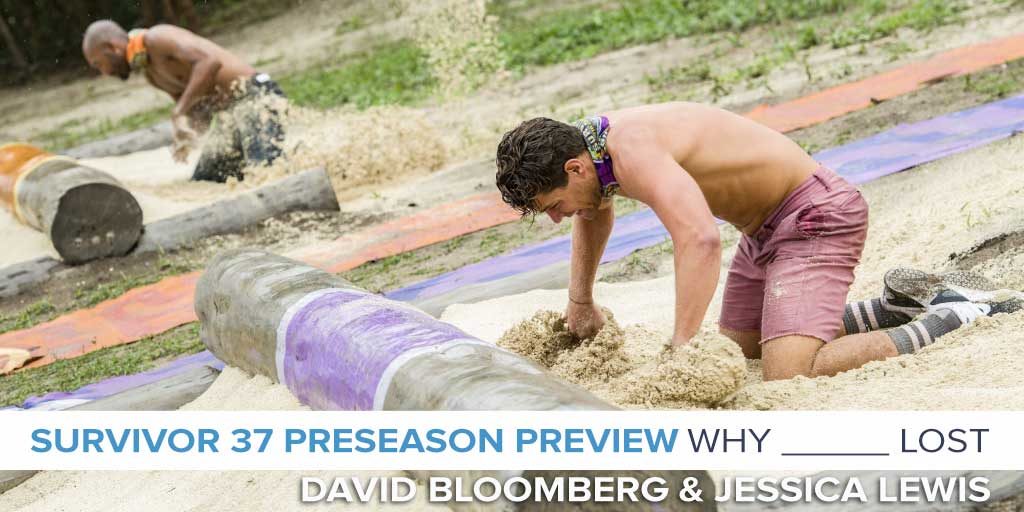 This week, David Bloomberg & Jessica Lewis talk about the reasons why players might lose in Survivor Davids vs Goliaths.

David & Jessica are back to discuss the Davids and Goliaths in the Why Blank Lost Preview Podcast! Not only do they discuss the players but also changes to David’s rules and where they think some of the players could do well or not so well in terms of those rules. Plus, who do they think will be the first ones out? And who does each pick as their winner? Listen in to find out!