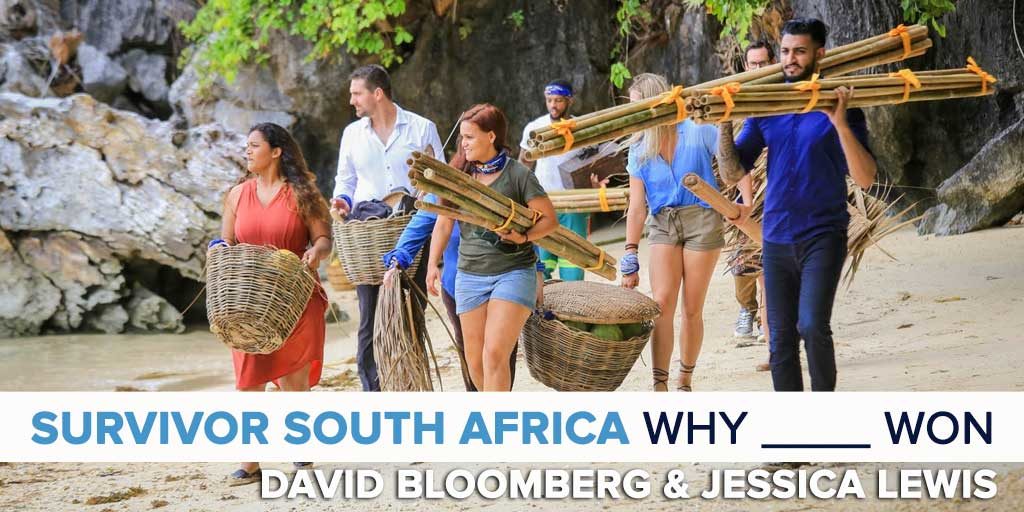 We recently saw the ending of another great international Survivor season, this time from South Africa. David Bloomberg and Jessica Lewis are back with a special podcast to discuss the winner and the runner up! How did both of them do in following David’s rules? When they didn’t follow them, what did they do wrong and how did they still manage to survive as long as they did? What was the final straw that really made the jury’s decision? David and Jessica break it all down and figure out Why Tom Won and Why Jeanne Lost.