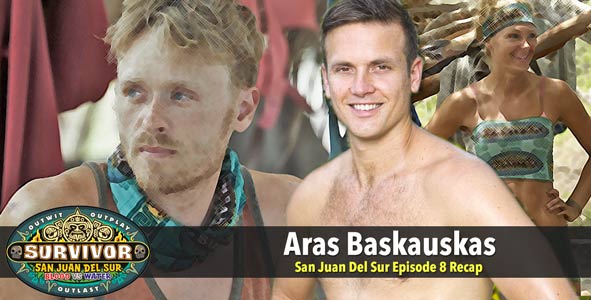 Rob is joined once again LIVE in the studio by Aras Baskauskas to recap Episode 8 of Survivor San Juan Del Sur.

Rob lets Aras know in preparation for Aras coming back to the podcast, Rob has re-watched all of Survivor Panama to give Aras a proper interview.  Rob and Aras discuss whether Jon and Jaclyn were better off going with the Jeremy/Missy alliance as opposed to the one with Josh and Reed.  Rob and Aras both agree it was probably the best decision for “the hottest couple around” to go with the Jeremy and Missy alliance.

Rob and Aras also discuss the issues concerning the manners of some of the players including Alec, Wes and Keith.  Rob can’t believe that in Survivor 29 players need to have these concepts explained to them.  Aras points out that the people who are offended are making mistakes as well.

Rob and Aras answer many of the questions and voicemails from the listeners of Rob Has a Podcast including: