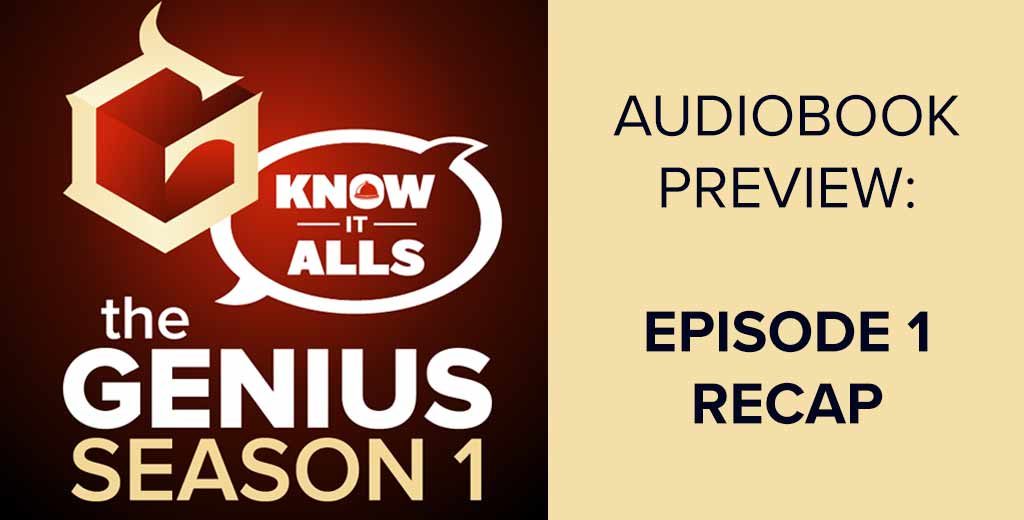 After many years of peer pressure, Rob Cesternino and Stephen Fishbach will finally take on covering “The Genius”. For the uninitiated, “The Genius” is the highly strategic Korean reality series touted for years by Survivor fans as the ultimate gamer’s game.

In this preview of the 12-part audiobook, Rob and Stephen recap Episode 1 of Season 1 of “The Genius”. Watch the embedded video below to see the episode before listening.

Extra Warning: Rob and Stephen will completely spoil Episode 1 of Season 1 so feel free to watch the episode below before listening.

How to Purchase the Full Audiobook

The 12-part Audiobook is designed to be listened to after you watch each episode of “The Genius”.  The full version runs a total of 8 hours and 25 minutes.  There are two ways to get the audiobook:

Watch Episode 1 of “The Genius”

Myles Nye talks about the Greatness of “The Genius” on RHAP

The Genius See all podcasts