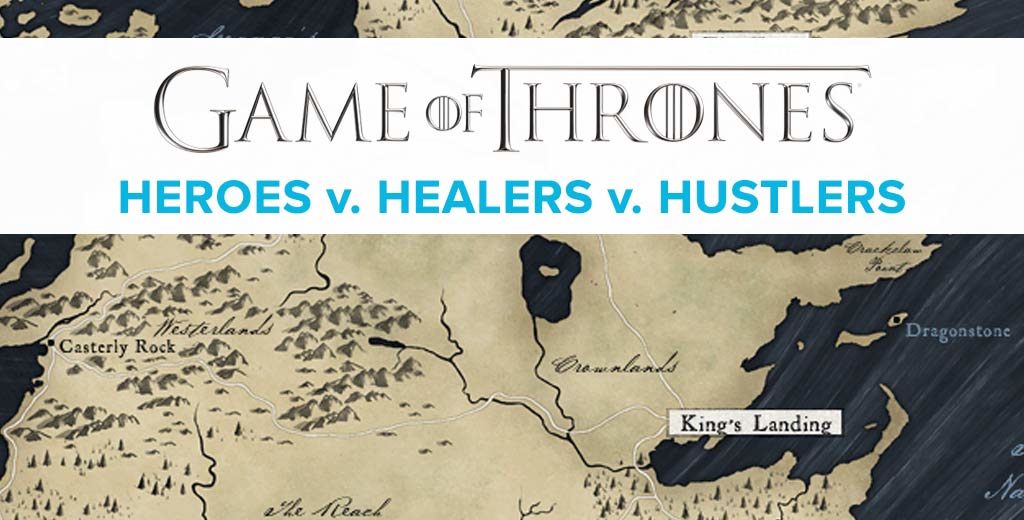 In the Game of Thrones: Heroes v. Healers v. Hustlers, you Either win (Survivor) or you get voted out…

Game of Thrones is in the midst of its seventh season depicting the battle of the fate of Westeros… but who will sit on the iron throne at the end of Game of Thrones: Heroes v. Healers. Hustlers?  Rob Cesternino is joined by Josh Wigler and Jon Reed to cast the season and simulate the entire 39 days.