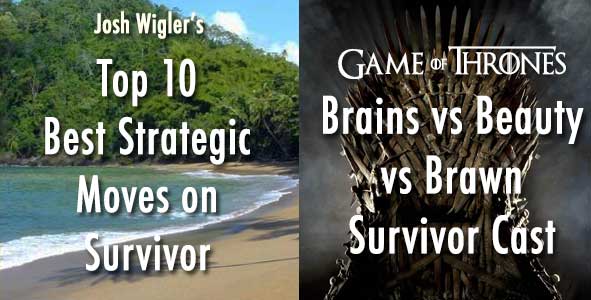 On a special Friday edition of RHAP, Rob Cesternino and Josh Wigler discuss Josh’s article about the Top 10 Best Survivor Strategic moves of all-time and casting a BBB season of Game of Thrones.

Rob counts down Josh’s list of all-time Strategic moves and the two discuss each list item. with Josh Wigler.

10. Boston Rob blindsiding Matt Elrod, for a second time, immediately after returning from Redemption Island. (Survivor: Redemption Island)
9. Jonny Fairplay and Thunder D’s lie telling the other tribemates that his grandma died while he’s been on Survivor. (Survivor: Pearl Islands)
8.  Malcolm Freberg getting Reynold to play Reynold’s idol for Malcolm at Tribal Council. (Survivor: Caramoan)
7. Todd Herzog’s final Tribal Council performance, owning his move and working the jury. (Survivor: China)
6. Hayden Moss convincing Ciera to vote with him and force a tie at Tribal Council. (Survivor: Blood Vs. Water)
5. Rob Cesternino (The Rob that Sucks) jumping from alliance to alliance to keep himself in a better position. (Survivor: The Amazon)
4. The Black Widow alliance guilt-tripping Erik Reichenbach into giving up his immunity necklace at Tribal Council and then voting him out of the game. (Survivor: Micronesia)
3. Players in a weaker position coming together to overthrow the dominant Rotu Four alliance. (Survivor: Marquesas)
2. Richard Hatch creating the first alliance on Survivor. (Survivor: Borneo)
1. Parvati Shallow giving two immunity idols to Sandra and Jerri to protect them and flip the game. (Survivor: Heroes vs. Villains)

Casting Brains vs Beauty vs Brawn with the Game of Thrones cast (Starts at 54:00)

Rob and Josh cast a fictional season of Survivor called “Survivor: Riverlands” with Brains, Beauty and Brawn tribes from the first 3 seasons of HBO’s Game of Thrones. Then they play out the season and decide who would be voted off based on when each tribe went to Tribal Council during Survivor: Cagayan. This segment will contain SPOILERS from the first 3 seasons of the TV show of Game of Thrones, but will not spoil the books.

Join Rob and Josh every Sunday night at 10:15pm Eastern/7:15pm Pacific on PostShowRecaps.com for Game of Thrones LIVE.

Special Thanks to Zach Brooks for a summary of this episode 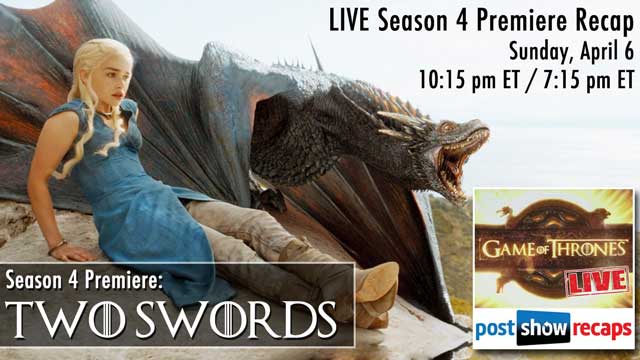 Join Rob and Josh every Sunday Night at 10:15 pm ET / 7:15 pm PT for Game Of Thrones LIVE at PostShowRecaps.com