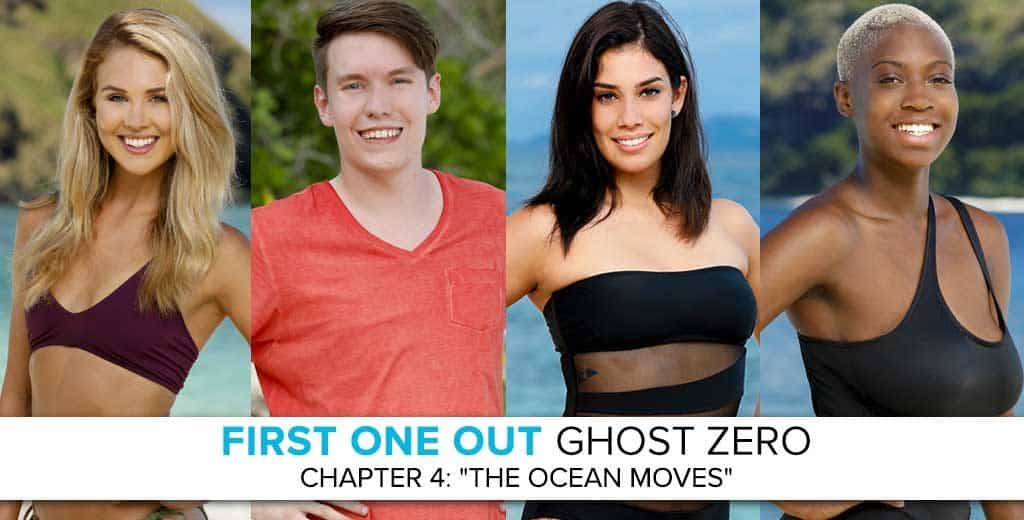 In the fourth chapter of season two, Ghost Zero whines about pizza. The Malolo tribe bonds together on a fishing trip. Four new castaways step into the spotlight: social media strategist Libby Vincek, caretaker Donathan Hurley, graphic sales and occasional horse surgeon Stephanie Gonzalez, and student Desiree Afuye.
Will Libby, Donathan, Gonzalez or Desiree win the title of Sole Survivor, or will the ocean move out from underneath one of them, making them the First One Out of the game?