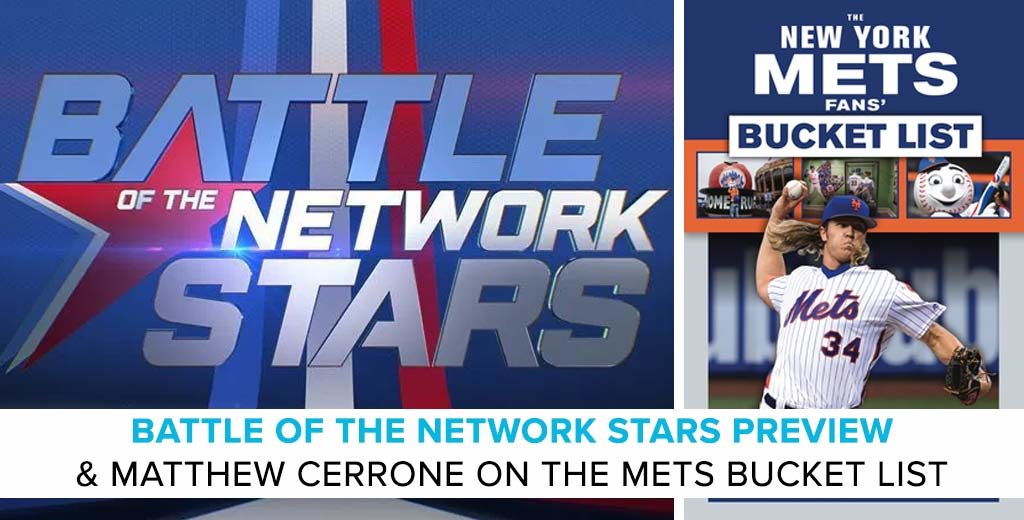 Preview of the 2017 Battle of the Network Stars on ABC

On a special two-part episode of the podcast, Rob Cesternino talks with Mike Bloom and Curt Clark about the 2017 revival of the BATTLE OF THE NETWORK STARS.  In addition to talking about what’s coming up, Rob discusses the 2005 Bravo edition of the BATTLE OF THE NETWORK REALITY STARS with Mike and Curt.  You can watch the entire first episode of that series on youtube

Matthew Cerrone, the founder of Metsblog.com, joins Rob to discuss his new book, The New York Mets Fans Bucket List.  Matthew talks about why he loves Survivor and how he ended up at an open casting call in the last few weeks.  Then, Matthew shares some of the things he’s found out about Mets fans for his new book.