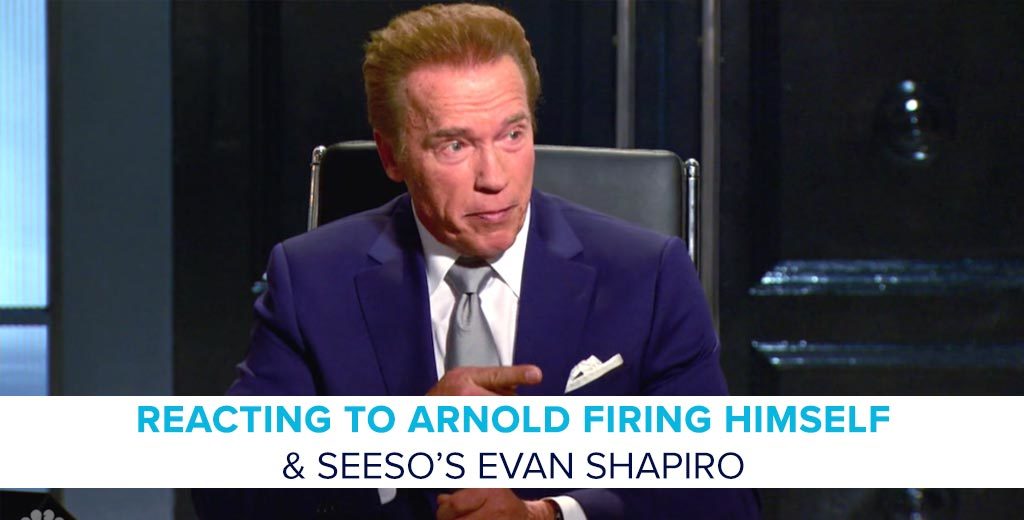 On a special 2-part episode of Rob Has a Podcast, Rob talks about breaking Celebrity Apprentice news related to Arnold Schwarzegger leaving the show and then talks Seeso with the head of that service, Evan Shaprio.

Rob is reunited with Celebrity Apprentice co-hosts Mike Bloom and Megan Ziemianski to discuss Friday’s breaking news that Arnold is leaving his role as the show’s host.  Rob, Mike and Megan discuss the fallout from Arnold’s decision and what his announcement might mean for the future of the franchise (if there is one).

Rob and Mike talk with Evan Shapiro, Head of Seeso (Starting at 16:25)

The man behind Seeso, the streaming comedy platform, Evan Shapiro, talks with Rob and Mike about the benefits of Seeso.