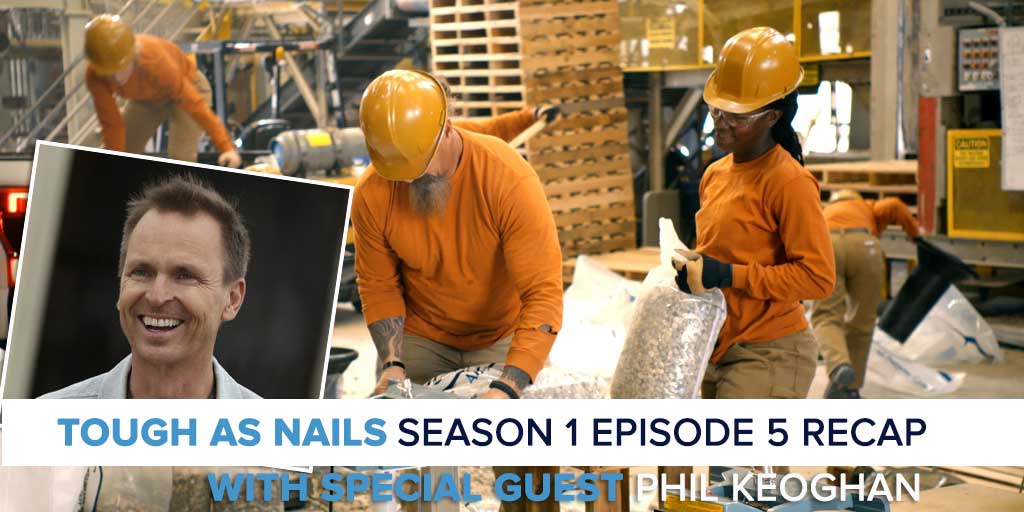 Tough as Nails Executive Producer and Host Phil Keoghan joins Rob Cesternino, Jessica Liese, and Mike Bloom to recap season 1, episode 5 of the new hit CBS reality show Tough as Nails. According to CBS.com, “Mind over Matter” included “It’s no day at the beach for teams Savage Crew and Dirty Hands as they compete to fill and seal giant bags of sand.”