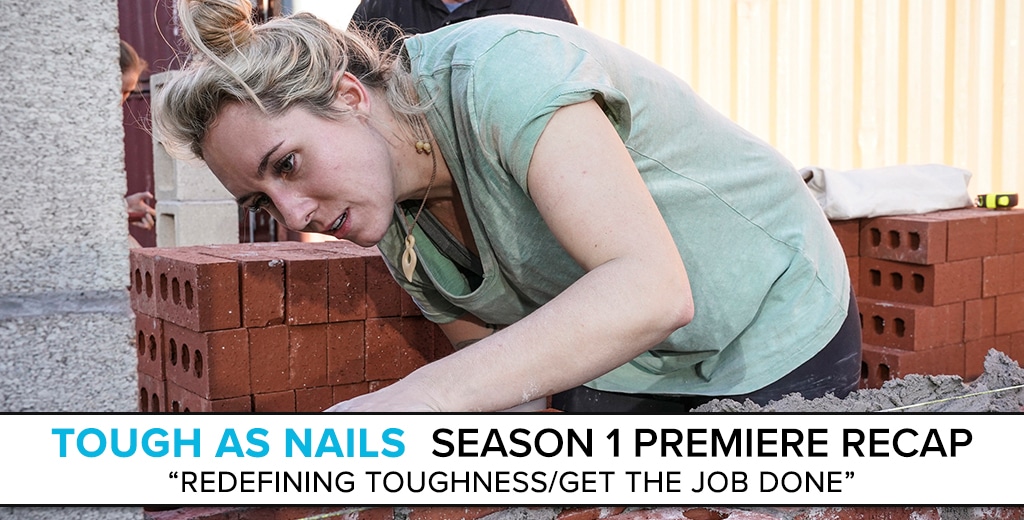 Rob Cesternino, Jessica Liese, and Mike Bloom recap the season 1 premiere of the new hit CBS reality show Tough as Nails, entitled “Redefining Toughness/Get the Job Done.” According to CBS.com, “Redefining Toughness/Get the Job Done” was about: “Twelve hard-working Americans take on navigating a wheelbarrow and testing their brick-laying skills to win the opportunity to choose their teams. Then, the crew takes on three additional challenges: they get down and dirty in their first team competition as they work to complete the missing part of a railroad track; they “punch in” for their initial individual test, and the last two standing face off in a railroad overtime challenge, on the two-hour series premiere.”