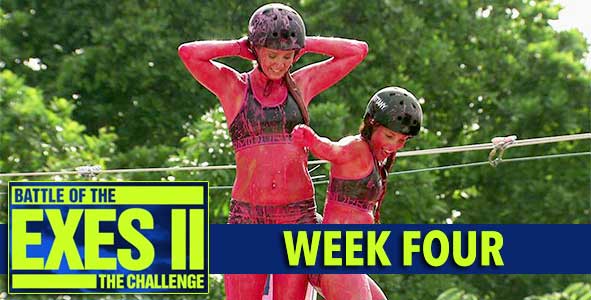 This week on The Challenge we had a version of the swingers’ club, a paint filled challenge, an unhealthy relationship pairing, the continuation of dominant elimination run and the farewell of a Challenge legend.

They discussed Zach and Jonna’s decision to toss in Brittany and Adam once again plus the logic they claimed to use. Plus why Nany was falling apart over Bananas and the first aftershow of the season honoring Knight. They even discussed some of the past episodes of the Real World.