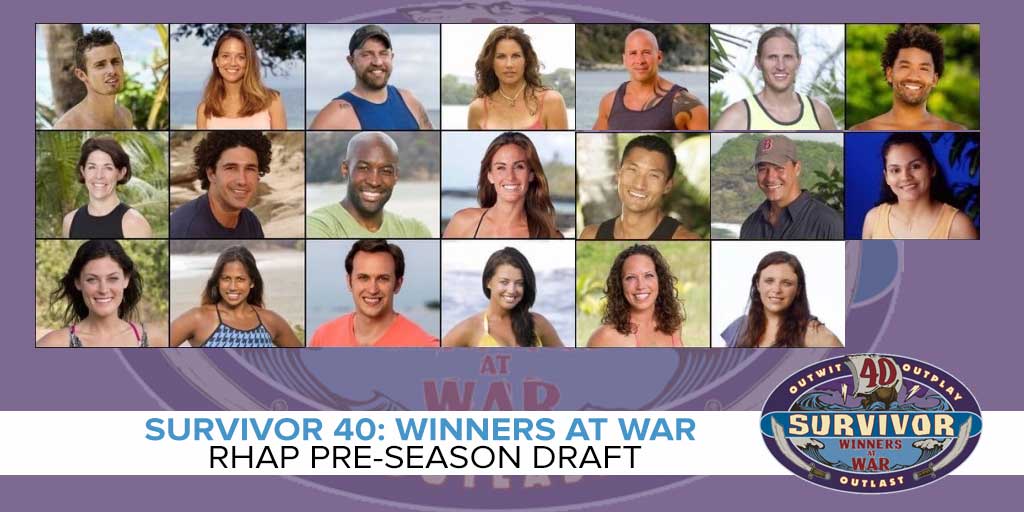 Coming to you not-so-live from June 2, 2019, it’s a draft of Survivor: Winners at War! Mike Bloom (@AMikeBloomType), Liana Boraas (@LianaBoraas), Ali Lasher (@lashtweets), and Akiva Wienerkur (@keev26) kick off the Survivor 40 preseason with a discussion and draft of the 20 previous winners who make up the cast. This draft was based on a unique scoring system that rewards the winner and the biggest characters in a season.

Mike, Liana, Ali, and Akiva did this draft soon after the castaways went to go film the season and before they knew about twists that could have an impact on the game, including the return of the Edge of Extinction, or the new Fire Tokens twist. As Mike, Liana, Ali, and Akiva made each of their pics, they discussed their rationale for each decision and then the group of four gave all of their thoughts on every single one of the 20 winners that are vying for the $2 million prize.