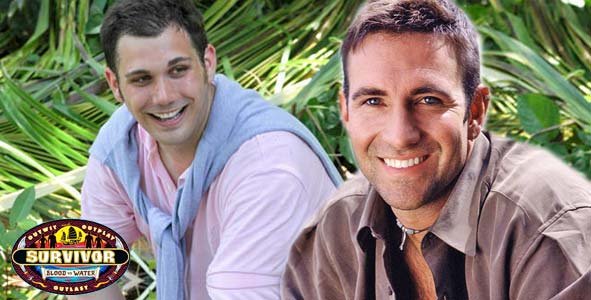 John Carroll is not the world's biggest Colton fan.

After another exciting week of Survivor Blood vs Water, Rob Cesternino is back to break it all down with John F Carroll (@1stSurvivorJohn) from Survivor Marquesas.

Rob welcome John Carroll to the show for the very first time and John is chomping at the bit to start talking game.  John is excited to see old-school Survivor players Tina Wesson and Gervase Peterson back on the show.

John can’t wait to start talking about Colton Cumbie and his thoughts on his game.  John is not a fan of the game that Colton played in Survivor One World and he hasn’t had any warmer feelings for him on Survivor Blood vs. Water.  Rob and John discuss a bit of what Colton may be thinking strategically – and why that thinking is faulty.

Rob compares John’s original tribe, the Rotu tribe, to the tribe of returning veterans.  The Rotu tribe was known as “The Love Tribe” and didn’t go to tribal council until Day 15.  Rob talks to John about whether or not there is a right time for any tribe to start going to tribal councils.

On the tribe of new players, there is a solid alliance calling all of the shots.  Rob compares the Culpepper Five to the Rotu Four with John and wonders if the Five is being too obvious about their group.

Finally, John takes a number of questions from the listeners of Rob Has a Podcast, including which current player John would want to pee on his hand, who are the greatest gay Survivor players and what would his participation be in an all Robs vs Johns Survivor season.  Plus, why does John Carroll have a beef with “The Finchelor”, John Fincher?

Voicemails and More with Nicole

Rob welcomes Nicole Cesternino back to the podcast for the first time on Survivor Blood vs. Water.  Nicole’s pregnancy is almost at an end with her due date being this Saturday (September 28th).  Nicole lets us know how she’s doing just two days before the due date.

Rob then plays a number of voicemails from the RHAP community about a number of subjects including Jeff Probst’s involvement in the twists on Blood vs. Water, whether Rob Has any Survivor tattoos and if Gervase is trying to play the Phillip Sheppard card.  Plus, Rob tells the story of the couple that got engaged with the help of “Rob Has a Podcast”

We’ve also got an inappropriate out-of-context quote from Jeff Probst and the latest on Social Media from the Survivors… all on Rob Has a Podcast.

Friend of the podcast, Jeremiah Panhorst (@jpanhorst), recently attended DART and Race Against Reality and interviewed Survivor winners, Sandra Diaz-Twine and Todd Herzog.  Listen to his interviews below:

Interviews with Sandra and Todd: