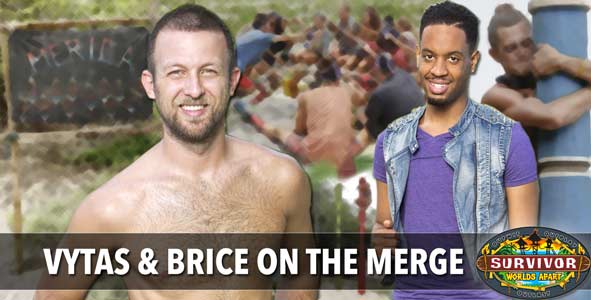 Later, Vytas answers a number of questions from the listeners of RHAP including which of this season’s players need to come to Yoga, whether Blood vs. Water caused this season’s players to target the pairs, if it’s a good idea to drag Rodney to the end, what collar is Vytas and much more.

Brice Izyah returns to RHAP to listen to the talk of the town and answer your questions about this week’s episode.  Brice recently attended the wedding of J’Tia with several of the Survivor Cagayan cast members and tells us a little bit about the “breathtaking” night.

Brice answers the voicemails of the RHAP audience including telling us his thoughts on the tribe named Merica, who is this season’s freakiest freak, whether Rodney has a chance, what Shirin’s next move should be and much more.

Listen to this week’s Exit Interview