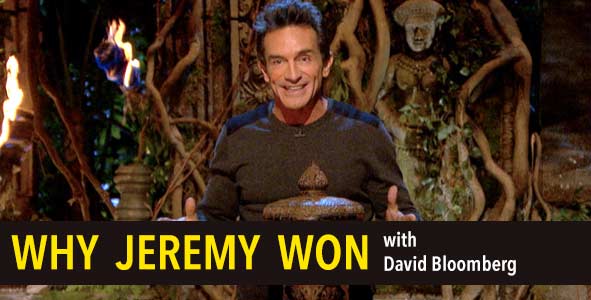 This week, Rob talks with David Bloomberg about the reasons why Jeremy Collins won and why everybody else lost in Survivor Cambodia.

Appendix B: Own Your Game at Final Tribal Council

Watch this week’s Survivor Know-It-Alls from the Red Carpet: