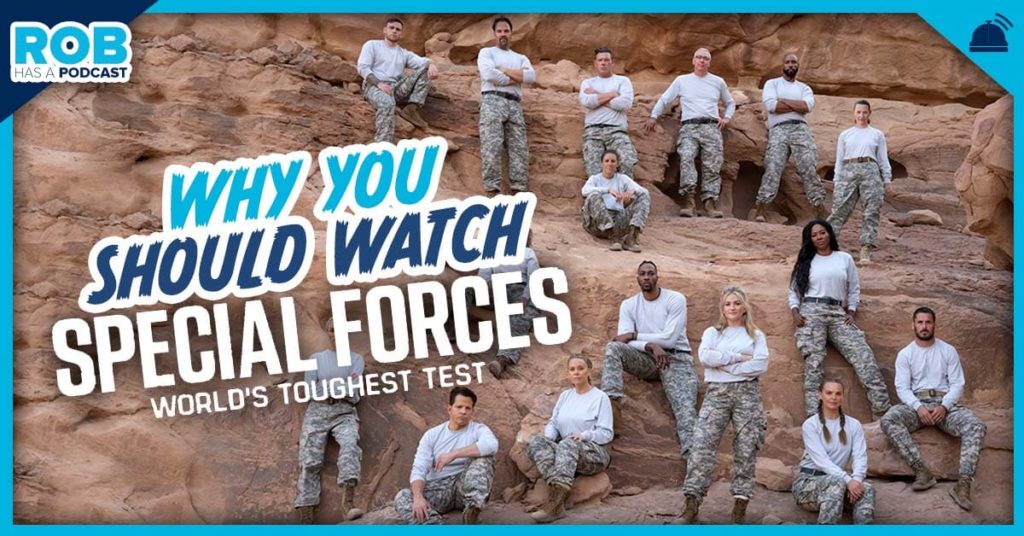 Why You Should Watch Special Forces: The World’s Toughest Test

There’s a new celebrity competition show on the air, and who better to tell us why we should check it out than Rob Cesternino!? The new series, airing on Fox, is called Special Forces: The World’s Toughest Test, and it features 16 celebrities in for the challenge of a lifetime! They’ll be isolated from society and under the watch of a group of sergeants ready to holler at any moment – but that’s not all. They must endure grueling challenges inspired by special forces training, while being led by the ex-Special Forces team! Which celebrity has what it takes?

Rob will be back with Jenny Autumn to recap the special two-hour premiere episode!