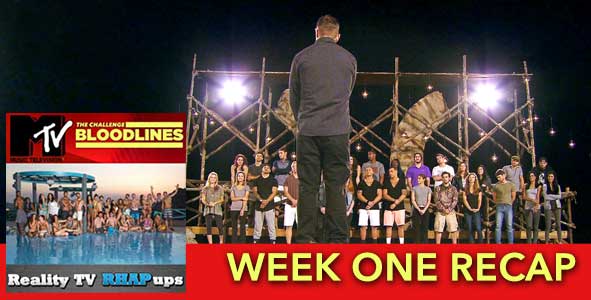 This week on The Challenge Bloodlines premiere, the cast learned their fate and partner was their bloodline, Tony showed he hasn’t changed since the Real World, everyone hooked up with everyone, brothers almost got kicked out and a pair of Are You the One rookies were one and done. Brian (@busdriversroute) and Ali (@lashtweets) discussed it all and how it will impact the rest of the season.

They talked about the controversial hook up between Tony and Christina including the fallout from Tony’s relationship with Madison. Plus they broke down the fights between Tony and Larissa and Shane including why Tony and Shane weren’t kicked out. They discussed the structure of this challenge and what might change in the format moving forward.