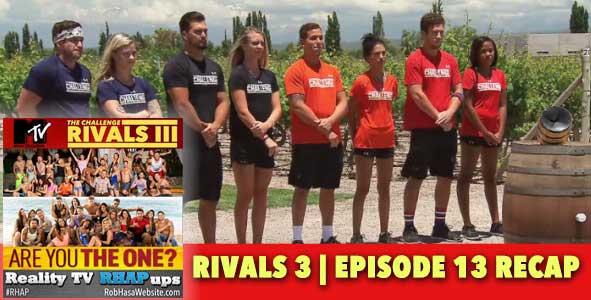 This week on The Challenge a final draw determined the last elimination, the final three teams prepared for the final, a game changing twist was introduced and the grueling final began. Brian (@busdriversroute) and Ali (@lashtweets) plus special guest Eric Stein (@EricSteinTweets) discussed it all.

They discussed the final elimination that sent Dario and Nicole home. Plus they stacked up the teams and ranked their chances. They broke down the big twist and discussed how each team would handle it as well as themselves.