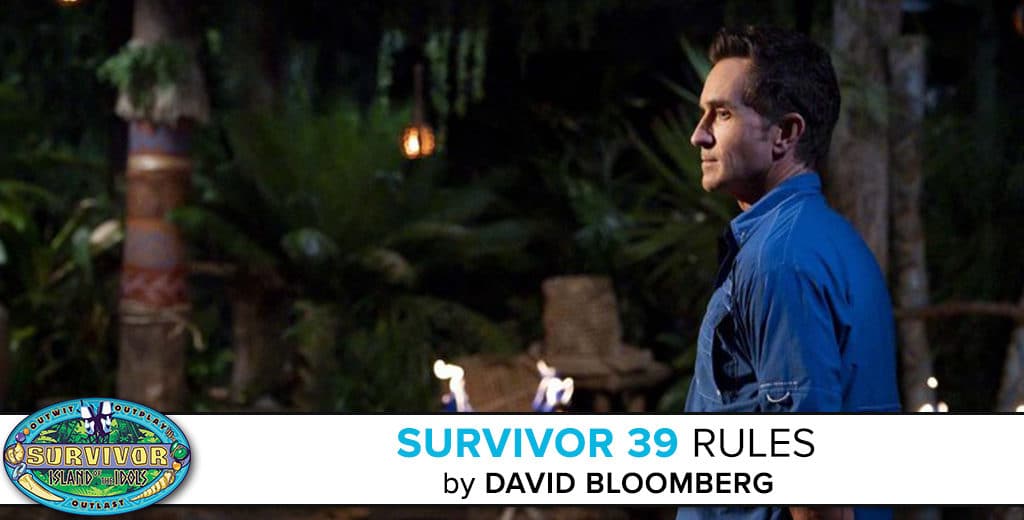 Know How to Deal with Idols and Advantages

This rule used to be an Appendix, but it has become clearer and clearer as the seasons have progressed that idols and other advantages are growing in importance, especially now that Jeff Probst and jurors are considering this part of the “Outplay” portion of the game in determining who should win the game. That means players need to know how to properly deal with them.

This brings up two questions:

There are different answers to each of these questions depending on the situation, specifically whether the idol or advantage in question is a secret or known to everybody.

First, I do indeed think you should do your best to find any idols you can. I know the first Blood vs. Water had the weird situation of an idol clue being a target, and there are still some players who try to bring that back in order to put a target on anyone they want to label as “sneaky.” But under normal circumstances, any chance of getting an idol not only gives you a safety net but also takes away the potential blindside effect of somebody else having an idol. So definitely go for it. Tai told Rob on the red carpet after Game Changers that players should know the idol can be hidden in any crack or hole in a tree, so they should just go around sticking their hands into anything like that – even if you get stung by a scorpion, the idol is worth it!

If you are found out in the early part of the game, then it’s time to make a show about how you have this idol for your tribe/alliance/whatever you can say to make people feel more comfortable. If it’s later in the game, you’ll have to play it by ear and perhaps try to bring anyone who knows onboard – or target them as the next person to go.

What to do with an idol is a bit trickier. I think you have to go back to the third rule – be flexible. Under most circumstances, it is my opinion that it makes sense to keep it for yourself only, which also means keeping it completely secret. But there is an ongoing debate about this, because some people say it’s sometimes better to make use of the idol as an alliance-building tool to bring people together. I can see that it can occasionally work that way, but more often than not, secrecy is the best policy. HHH definitely showed that keeping it a secret worked a lot better than sharing the information! And while there was no way to specifically predict this season’s twist of having an idol-canceler, it is yet another reason to keep your idol a secret! And now that an idol nullifier has been introduced into the game (though this season’s players don’t know that yet and it may or may not appear again), it is yet another reason to keep your idol a secret! Also, for goodness’ sake, definitely don’t give advantages, idols, or parts of idols away as a sign of trust! For two seasons in a row, the person to whom something was given turned it around! Cirie tried to use Sarah’s advantage in Game Changers and Dr. Mike threw Lauren’s half-idol into the fire just when she needed it in HHH.

With all that being said, it doesn’t mean you have to use that idol on yourself. You can use it to your strategic benefit in other ways, such as saving an ally as Natalie Anderson, Jeremy, and David Wright showed us.

But whatever you do, don’t get voted out with an idol in your pocket! This goes back to having the pulse of everybody there. You may feel stupid if you use your idol and it wasn’t necessary – but nowhere near as stupid as if you leave and take it with you as a souvenir. And as Ben showed us in HHH, you can use the idol and then just go find it again after it’s been rehidden!

As for advantages, these are probably the trickiest situation. Time and time again we’ve seen advantages get misplayed, and they also keep changing, which makes them that much more difficult to predict and play. Generally, if there is an advantage offered, I think you should go for it – if only to prevent the opposition from getting it. Of course this is situational too; if an advantage is offered for quitting an immunity challenge and you think you have a good chance of winning that challenge, go for the win. But if you have no chance, go for the advantage instead, like Stephen did on Second Chance.

But if everyone knows you have this advantage, you may well have put a big target on yourself – again, like Stephen did in Second Chance. So you need to decide whether to share information about what the advantage does, or just burn it up by using it right away. That decision must take into account what the specific advantage does. If it’s so powerful that you think it’s worth the risk, then take that chance. But you have to know what you’re getting yourself into. Some advantages are basically just traps for unwitting players, others can only really be useful in very specific situations.

Of course, if you have a secret advantage, that’s a whole different story. By all means make the best possible plans to use it, and treat it similarly to the way I advised above for having an idol. That means you can use it to create bonds, but I would advise once again to not do that, and to keep it secret for when it can best be used.

Finally, we need to discuss fake idols. In recent seasons we’ve seen quite an uptick in the creation and use of fakes, with some people turning into an art form. Heck, there have been so many that some weren’t even shown on TV because they ended up not mattering. As fakes have been proliferating, so have ways of detecting them, with people now expecting to see not just the idol but the full note as well. So if you’re going to make a fake idol, you’d better either have a note from a real idol or a damn good reason why you don’t have one – and those are hard to come by, though last season the producers gave out a genuine fake idol, which confuses matters even more! Every situation with a fake idol will be somewhat different, but whatever you do, don’t use your fake idol in a way that pushes you into the realm of scheming and plotting too much. This almost happened to Domenick early in Ghost Island when he had a real idol and a fake idol and was trying to double-bluff people. He lucked out in that they decided not to target him, but an ally instead – but ally Morgan wasn’t so lucky! The main point to take away here is that if you’re going to make a fake idol, whether to give to someone else or to try to protect yourself, it had better have a damn good story to go along with it.