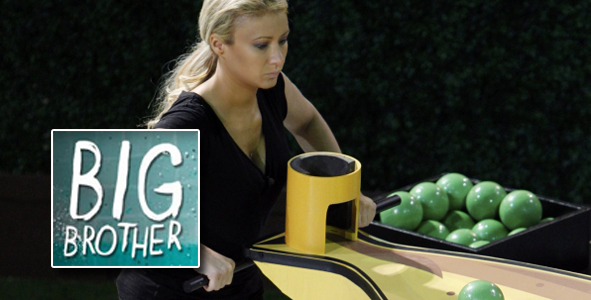 The winner does not know they will have to pick have-nots.[/caption]

A surprising scene followed the finish of the HOH competition this week. Andy, put in the undesirable position of bestowing have-not status on 4 houseguests, was met with an unexpected chorus of “pick me” as Aaryn, Helen, Gina Marie and Elissa all volunteered to receive said punishment. This led me to wonder the extent to which this was a self-sacrificing gesture for the quartet. At best, they were signing up for a week of discomfort, but at worst they volunteering for a week malnutrition and fatigue. It stands to reason that these factors could cause deterioration of social game play and diminish performance in challenges. In such a way, the foursome may have actively agreed to a punishment that may negatively affect their chances of winning the game.

One way to evaluate whether being a have-not affects an individual’s game play is by investigating how have-nots perform in ensuing competitions. This requires a speculative assumption that from Week to week, the individuals that are have-nots are largely random. Intuitively this assumption seems correct, worse players are slightly more likely to lose the Have Not competition, but better competitors are slightly more likely to be chosen by the HOH. Thus, with a large enough sample size the combination of good and bad competition players would average out. In this case, an average player would be expected to win a competition they participate in 1/n times, where n is the number of competitors participating in that competition. Represented below are the summated have-not expected win totals (based on this calculated probability) and the summated observed win totals for the veto competition during their have-not week and the HOH competition immediately following for big brother (USA) seasons 11 (the season it was implemented) through 14:

1Probabilities are calculated only for competitions competed in, thus if a player does not participated in a give veto or HOH competition, their expected win total for the competition is 0

In the HOH competitions, have-nots do not perform better than expectation. It is possible that a single day of free feeding and a goodnight’s sleep (have-not status ends at 12pm the night before the HOH competition) is enough to offset the negative effects of being a have-not for the week before. On the other hand, have-nots fair far better than expected in the Veto competitions. This is counterintuitive; if anything we would expect the have-nots to perform worse due to fatigue and/or hunger, albeit only a short period thereof (veto competitions occur one or two days after have-not competitions). Taken at face value these stats suggest that being a have-not improves a player’s competition performance.

Have-nots get evicted from the house at approximately the same frequency as expected by random chance. This would suggest that have-not status does not affect your ability to campaign to keep yourself in the house. Conversely, the statistics show that have-nots are much more likely to be targeted for eviction during the initial nomination ceremony. One explanation is that have-nots are seen, for one reason or another, as an easy target for nomination. What is far more likely the cause of this phenomenon is that HOH’s are often responsible to choosing the have-nots. This occurrence is sufficiently frequent to skew the data, since HOH’s are responsible for picking have-nots once or twice per season (out of 4/5 have-not periods). This statistic also highlights an alternate reason as to why have-nots do better in veto competitions. Have-nots that compete in the veto competition are more likely than chance to be eviction nominees, and thus, have more incentive to win veto than the randomly chosen non-nominated competitors. Thus it is possible that nominees (whether haves or have-nots) are simply more successful than average at winning veto – because they have more on the line. In a future column I will investigate the statistical evidence for this theory. It must be noted that current data also contains evidence for this theory; in the HOH competition where incentive is similar for all competitors, performance of the have-nots regresses to average. Taken as a whole the numbers were in favor of currying favor by volunteering for a little discomfort as have-not since have-not status is not statistically detrimental to an individual’s game play.