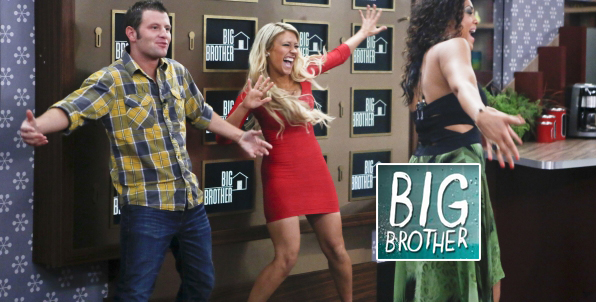 With 13 seasons of Big Brother (USA) and one oft-forgotten season of the Glass House mislabeled as a Big Brother in the books, the sample size is just large enough to do what no one has tried to do before: analyze Big Brother game play and strategy by the numbers.
—–

Never look at the Major League Baseball Standings table before Labor Day. The logic behind the axiom is simple: over a small sample, winning percentage is just as likely to reflect random variability in the data, as it is to reflect the true ability of a team. It would follow that the first week in the big brother house is similarly uninformative. How much can two competitions, one set of nominations, the occasional replacement nominee, and a single eviction vote really tell you about what will happen in the rest of the season? Surprisingly, the big brother week-one standings tell us quiet a bit about the likely trajectory of the nominees and competition winners. Who wants to see my data table???!!!!

N is the number of observed data points.

Is is beneficial to play hard from the start or lay low?[/caption]

The data seems straightforward; players that win HOH or POV make it slightly further in the game than the average houseguest. Once you account for the HOH and Veto winners’ immunity from week 1 eviction, their performance in the game is largely random. A player that survives week 1 is expected to finish in 6.75th place, almost identical to the observed average finish of 6.77 and 6.33 for the HOH and POV winners respectively. The mere fact that only 6 players, chosen by chance, compete in the first POV validates the finding that its winners’ performance later in the game is unpredictable. Being picked to play in the veto competition is not a replicable skill.

On the other hand, the large standard deviations in the HOH and nominee data might suggest bimodal distributions. Parsing the HOH data we find the following:

When we examine the data in this way it becomes evident that winning the first HOH is a two true outcome proposition: either you get evicted early (average finishing position = 11.3) or you make it all the way to the finale. The early evictees — including Willie Hantz and Jase (twice!!) — all seem to suffer from ‘playing too hard too fast’ syndrome.

There is remarkably consistency in what makes a good week-one HOH: all 5 players that would go on to finish top three, won the most competitions in their respective seasons. Thus, the difference between these two subsets of week-one HOHs is simply competition prowess. Winning the first HOH puts a big target on your back. But, as long as you can win competitions to save yourself, it’s not that big of a deal. The most poignant example of this is Jessie in season 11. Jessie was seemingly coasting through the game by winning (or having his alliance win) HOH competitions. Jessie’s ability to compete his way off the block was then stripped by an ill-timed (he did not compete in the HOH or veto competition that week) producer-influenced coup d’ete. The second he couldn’t defend himself he was unceremoniously evicted. Had it not being for that unexpected twist, Jessie probably would’ve fought his way to the final 3.

The last bit of data analysis gives us the most revelatory finding. We subdivided the week-one nominees to determine how the players that survived the block would fair in the game.

By the very nature of the distinction, players who lose the week 1 vote, fair terribly. Though, four of the players voted out of the house in the first week were not the first players in their season to leave the house. For this they can thank self-evictions and instant eviction twists. Players vetoed off the block week 1 faired significantly worse than an average player that survives week 1. It should be noted here that all three week-one replacement nominees were evicted. It’s simple: if you get backdoored week 1 you go home. Once these two categories of nominees are parsed out of the data set a very surprising finding emerges. Players that survive the week one do significantly better than the average houseguest. In fact, the only week one survivor who didn’t at least make the Jury was Kaysar. Kaysar apologetics really need to reevaluate their high regard for perhaps the most overrated big brother houseguest of all time. The explanation for this phenomena is probably that surviving the block week 1 means people either have to like you enough, are unthreatened by your presence in the house, respond favorably to your campaigning.  All theses skill sets come in handy down the road and help these players fend off eviction. The downside is that no player who has been nominated week 1 has gone on to win the game. This probably speaks the unthreatening nature of these competitors. However, Porsche and Nicole did manage to finish as runner-ups after being nominated week one.

As it pertains to season 15, we can make some informed predictions after the events of this week. Depending on whether you believe McCrae is a competition stud or lucked into a win means he’ll respectively make a run at winning the game or be delivering pizzas again in no time. Most importantly, keep your eye on the two players that survive the block this week, they will be around for a long time – the numbers are in their favor.