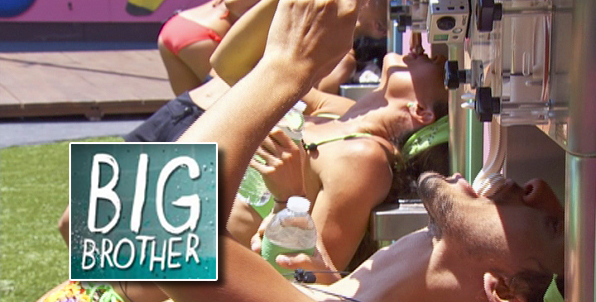 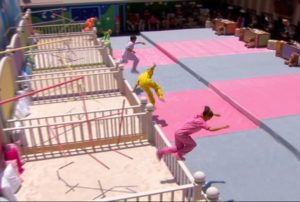 Are individuals who are good at competitions are also threats to win?[/caption]

Every eviction thus far in Big Brother 15 has served the purpose of eliminating competition threats. Nick, Jeremy and David were all targeted and ultimately evicted based on their perceived ability in competitions. Similarly, a target has been placed on the back of Howard, who, in keeping with the unfortunate undertones of the house has been stereotyped as a challenge threat. Howard’s muscular frame has sufficiently masked his incompetence at challenges and — if anything can be gauged from yoga — his general lack of athleticism. This begs two questions: (1) Are this years houseguests correct that individuals who are good at competitions are also threats to win Big Brother and (2) Does their perception of which individuals are good at competitions actually align with the reality of who is performing well in challenges.

What is even more startling is the competition prowess of later big brother winners, especially when compared to earlier ones. My guess is that the earlier seasons depleted the house’s supply of life jackets. Of the last seven winners, four of them were also the competition champions; two winners in the first eight seasons achieved this feat. Even Dan Gheesling — Mr. ‘I’m going to throw every competition’ — won the most competitions in his season. The final piece of insight from this data set is that jury members tend to vote in line with competition wins. In 10 of 13 final votes, the winner had racked up more competition wins than the runner-up (Jillian and Gary had the same number of comp. wins). Only extremely strategic players like Jun, Dr. Will and Dick were able to overcome being worse at competitions than the other finalist. Danielle Reyes may blame the lack of sequester on her loss, I blame her lack of athleticism.

Thus, it seems like the strategy of taking out competition threats is a sound one. You need to win competitions to win Big Brother, and one way to do so is to eliminate those players who are better at competitions than you are. If this fails, make sure you take someone who is worse at competitions to the final 2. The best decision Jordan even made was taking the only less deserving player than herself, Tha Pokah playa’ Natalie to the final two. The question then becomes, who of this years’ houseguests are the real competition threats. The results next week might surprise you, but the fact that the numbers are in the true competitors favor, won’t.