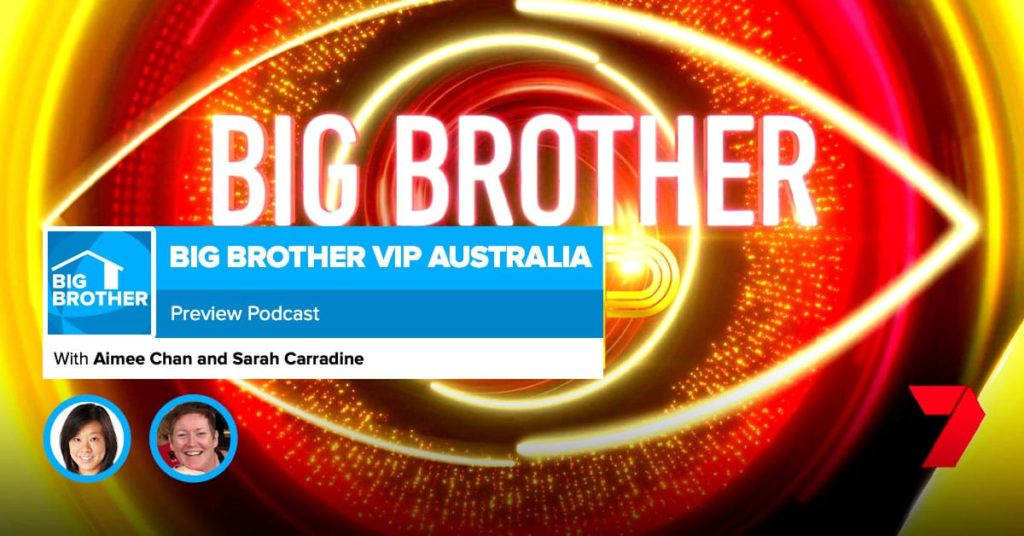 Aimee Chan and Sarah Carradine preview Big Brother VIP is an upcoming spin-off series of the Australian version of the Dutch reality television franchise Big Brother. This season revolves around 12 celebrities living in a house together with no communication with the outside world as they compete for a $100,000 charity prize.  The format of the series is the same as the current civilian version with emphasis on competition and gameplay. The celebrity housemates will compete in challenges for power and safety before voting each other out of the house. When only three housemates remain, the Australian public will vote to decide which finalist would win the game and the grand prize.