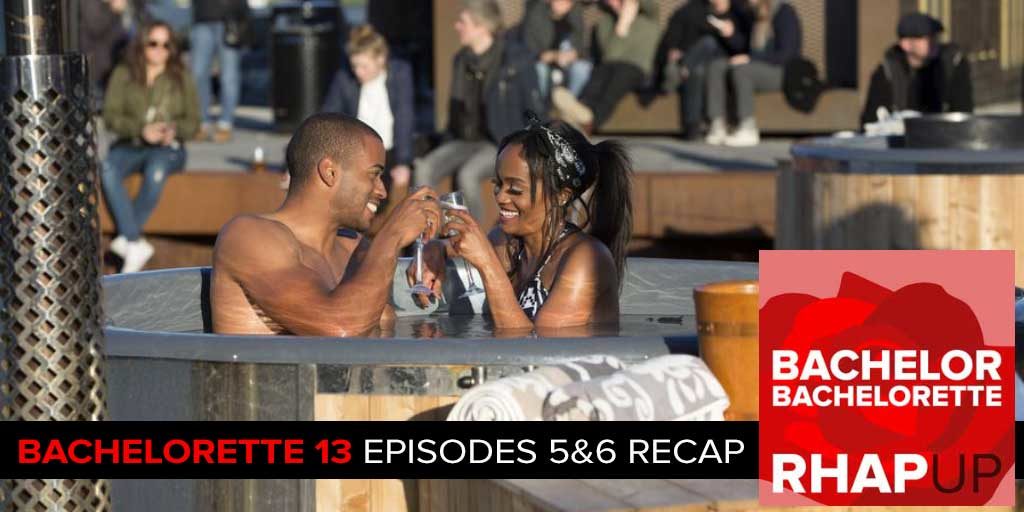 Amy and Haley recap The Bachelorette Season 13 Episodes 5 and 6, as Rachel Lindsay goes on one on one dates with Bryan, Jack Stone, Eric and Will, as well as a two-on-one date with Kenny versus the villain of the house, Lee.
In this podcast, they talk about:
Amy and Haley provide updates on the draft, with Mike (@aMikeBloomType) way far out in the lead, with 5 contestants remaining out of the final 6. Amy in second place but with all men eliminated, and Haley trailing with only Adam remaining in the game. Follow Scorekeeper George on Twitter (@GeorgeCTV) for full draft point results this week.
Follow Amy (@RHAPrecapper) and Haley (@hstrong_) on Twitter and share your thoughts in the comments!