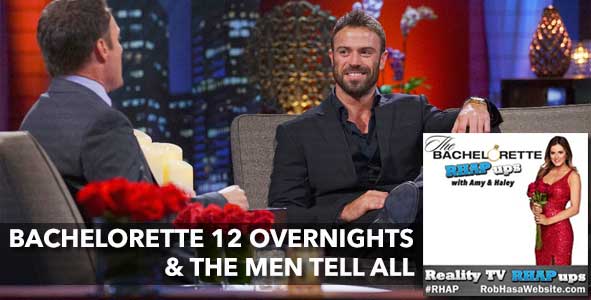 Amy and Haley chat about The Bachelorette Season 12 Episodes 9 and 10, with JoJo’s fantasy suite dates, followed by The Men Tell All.
In this podcast, they talk about:
Amy and Haley provide updates on the draft. In an upset, Haley has snuck into the lead with 140, followed by Amy with 135. Jordan is now in last place having lost his last player, Luke. Follow Scorekeeper George on Twitter (@GeorgeCTV) for full draft point results for the week.
Follow Amy (@RHAPRecapper) and Haley (@hstrong_) on Twitter!