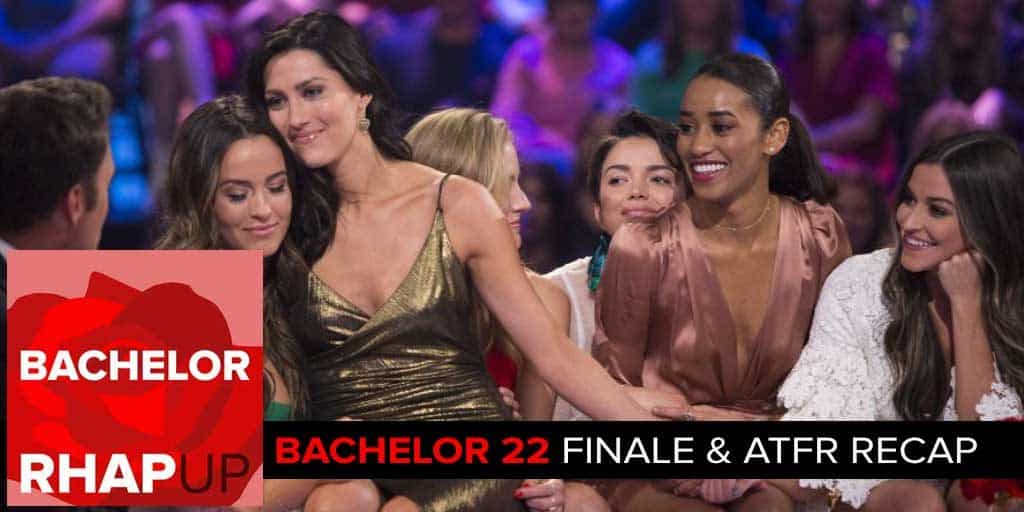 Amy and Haley recap The Bachelor Season 22 Finale and After the Final Rose, as Arie Luyendyk Jr. proposes in Peru, breaks up on a happy couple visit with Becca, and proposes to Lauren at After the Final Rose before Becca Kufrin embarks on her journey as new The Bachelorette.
In this podcast, they talk about:
Amy and Haley provide the final Draft Scores for the season (Roark is narrowly ahead, with Haley close behind in second, and Amy well behind in third) and answer listener questions and emails. Follow Scorekeeper George on Twitter (@GeorgeCTV) for full draft point details.
Follow Amy (@RHAPrecapper) and Haley (@hstrong_) on Twitter and share your thoughts in the comments!
“Get $50 toward select mattresses by visiting Casper.com/bach and using promo code BACH at checkout. Terms and conditions apply.”
“For 25% off your first order of whole food protein bars, go to www.RXbar.com/BACH and enter promo code “BACH” at checkout. “