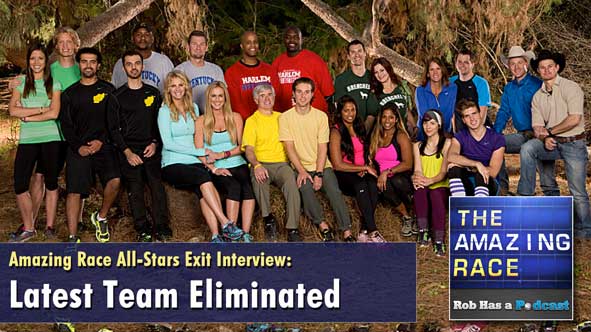 Talking with the latest players eliminated from Amazing Race All-Stars

Rob Cesternino talks with the latest team eliminated from The Amazing Race All-Stars in today’s exit interview. This week it was the new look “Team Kentucky” that was eliminated and Rob speaks with Mark Jackson and Mallory Ervin.

Be sure to join us on Monday night at 10 pm ET / 7 pm PT for our LIVE Amazing Race recap with the winners of Amazing Race 23, Jason & Amy.

Listen to Rob and Jessica discuss all of the major points from this week’s episode in our Sunday night recap podcast.