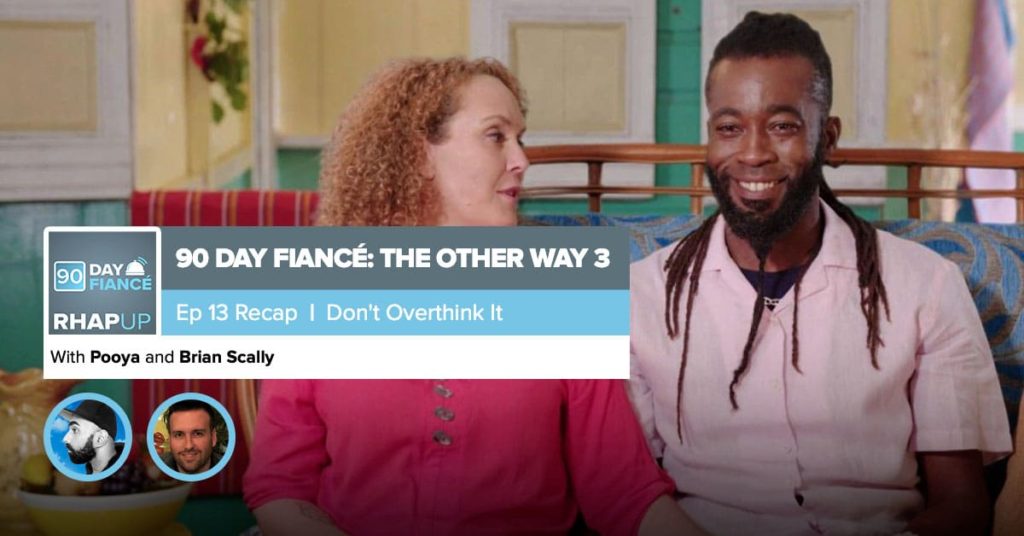 Pooya continues his 90 Day coverage as he rolls into a brand new season of 90 Day Fiancé The Other Way.  Pooya’s Hot Mess Express continues with weekly recaps of new episodes and breaks down all of the craziness.

Pooya is joined by Brian Scally to recap Season 3 Episode 13 of 90 Day Fiancé The Other Way where Ari demands another sacrifice from Bini. Alina and Steven are running out of time. Victor is ready to call it quits with Ellie. Sumit confesses his betrayal to Jenny. Corey is dealt another blow to his wedding plans. Armando faces his fears.

They also report on Season 2 Episode 1 of 90 Day The Single Life where Jesse hopes his online romance turns into real-life chemistry, but Jeniffer has a secret. Natalie explores the Florida singles scene. Ed has a new look but struggles with the past. Steph hopes to finally break her celibacy. Debbie joins a dating app.

Which couple had the craziest storyline this week? Share all of your 90 Day Fiancé thoughts with us on Twitter by tagging Reality TV RHAPups @rhapups and using the hashtags #RHAP and #RHAPups!