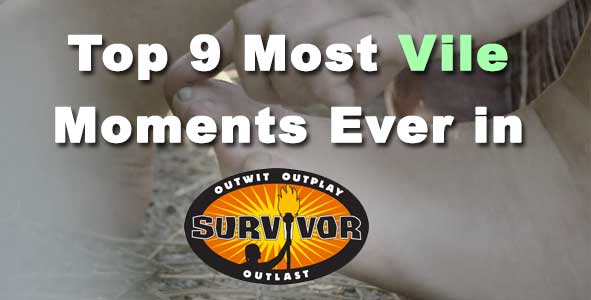 And now for something completely different.  Rob Cesternino talks with Judy Swartz who has compiled a list of the 9 most VILE things that ever happened on Survivor.  As Judy rattles off her list, Rob then attempts to rank them from most vile to least vile in a very unsettling podcast.

The 9 Most Vile Moments in Survivor History are (in chronological order) are:

Listen to the podcast to hear if you agree with Rob’s ranking of the most vile moments and post your own lists in the comments section below.

View Images of the Most Vile Survivor Moments

Click the photos below to see a larger image of the most vile moments.