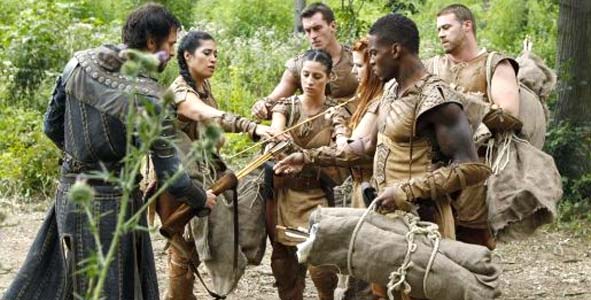 Rob Cesternino and Curt Clark recap hours 7 & 8 of ABC’s The Quest.  This week, following an attack from Verlox’s forces the Paladins must head out on the run.  The paladins send out a coded message which resulted in the team of men winning and sending the women in to the fates challenge.  After Bonnie won the fates challenge, the men decided to keep Lina in the competition and Leticia was eliminated.  In the second hour, after a dragon attack, the Paladins needed to capture the dragon.  In the fates challenge, Patrick was able to remove his dragon egg first keeping him safe for the week.  The guys decided to keep Lina over Bonnie heading in to the finale.