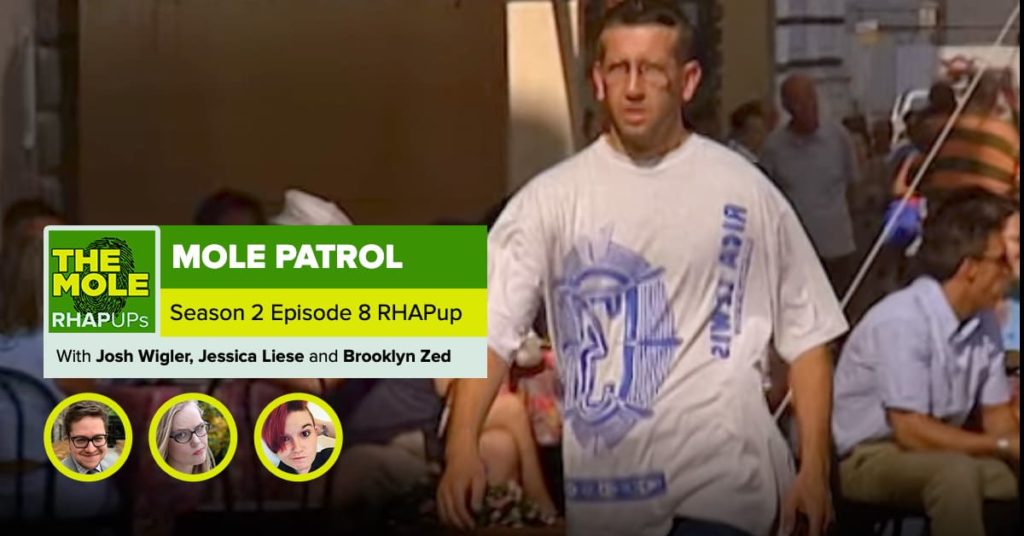 The Mole Patrol is back! Josh Wigler (@roundhoward), Jessica Liese (@haymakerhattie) and Brooklyn Zed (@hardrockhope) are once again podcasting about “The Mole,” the ABC reality TV series from the early 2000s all about a group of strangers vying for a cash prize, with one of the strangers deliberately sabotaging the others.
Mole Patrol is a spoiler-free “The Mole” podcast, safe for people who are watching the show for the first time, such as Josh. Seasons one and two are streaming now on Netflix.
This week, the Mole Patrol talks about Season 2 Episode 8, which is all about love! It’s a very emotional loved ones episode here on “The Mole,” especially where Bill and Blair are concerned. Take a leap of faith and join the Mole Patrol for a breakdown of the episode, as well as another round of the weekly quiz.

Next week, the Mole Patrol will recap both episode 9 and episode 10 of season two. Send feedback to molepatrol [at] robhasawebsite [dot] com. Do not @ Wigler with spoilers or you will be in so much trouble.