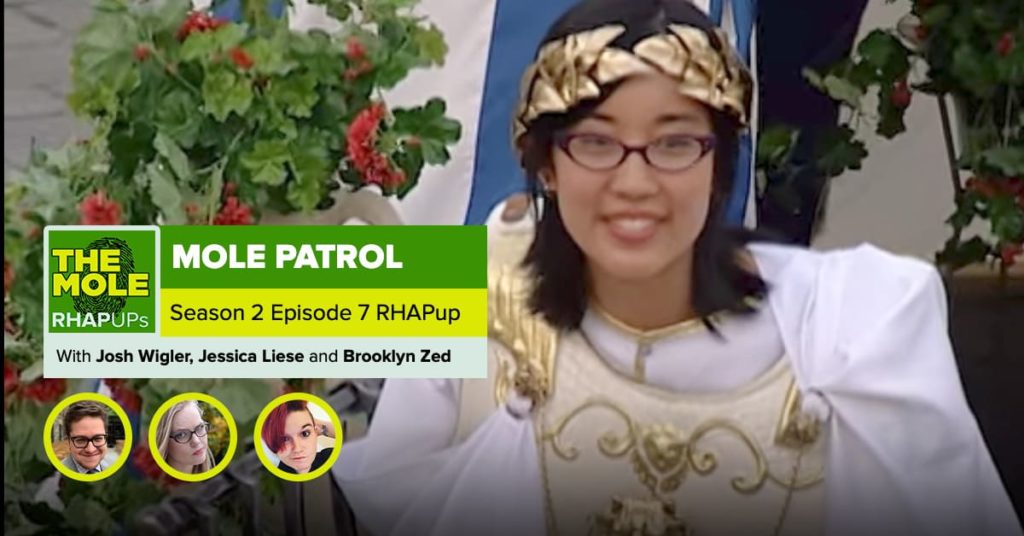 The Mole Patrol is back! Josh Wigler (@roundhoward), Jessica Liese (@haymakerhattie) and Brooklyn Zed (@hardrockhope) are once again podcasting about “The Mole,” the ABC reality TV series from the early 2000s all about a group of strangers vying for a cash prize, with one of the strangers deliberately sabotaging the others.
Mole Patrol is a spoiler-free “The Mole” podcast, safe for people who are watching the show for the first time, such as Josh. Seasons one and two are streaming now on Netflix.
This week, the Mole Patrol talks about Season 2 Episode 7, which prominently features a greased up gnome, gladiatorial games, and some games of our own. Have you ever, ever felt like this? When strange things happen, it’s the Mole Patrol’s new quiz!

Next week, the Mole Patrol goes all in on a spoiler-filled season two podcast, so only listen if you have seen the full season. We will get back to regularly scheduled recaps the following week. Send feedback for Mole Patrol to [email protected]com. Do not @ Wigler with spoilers or you will be in so much trouble.