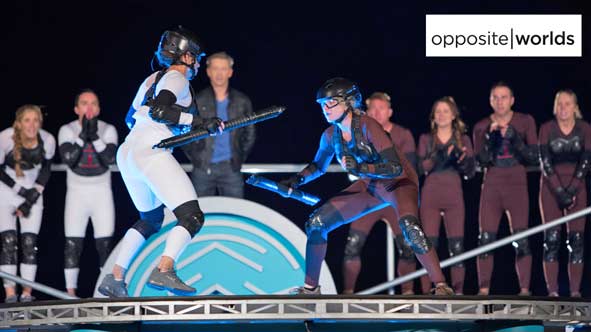 How was the premiere of SyFy's Opposite Worlds?

The video above is our LIVE Recap of the Premiere of Opposite Worlds that I hosted with Curt Clark.

We had trouble with Curt’s audio but I had hoped that it would be good enough to give you a podcast that is up to the standards I set for RHAP. Unfortunately, there are a number of parts where you can’t make out what Curt is saying. I feel particularly bad about this because of the audio problems that we had during Monday night’s Survivor Pearl Islands reunion.

In the future, I will be shifting my focus to making sure I get the audio right on these shows, even if it’s a live event. I think people would probably prefer waiting a few more minutes than getting a subpar show sooner.

I’ve decided not to post the audio of this show as a podcast, but feel free to watch the video. I’ll aim to get things right on Wednesday night after the first live eviction on Opposite Worlds. I won’t stop working on this until I get it right.

Thanks for your patience this week!

Opposite Worlds See all podcasts