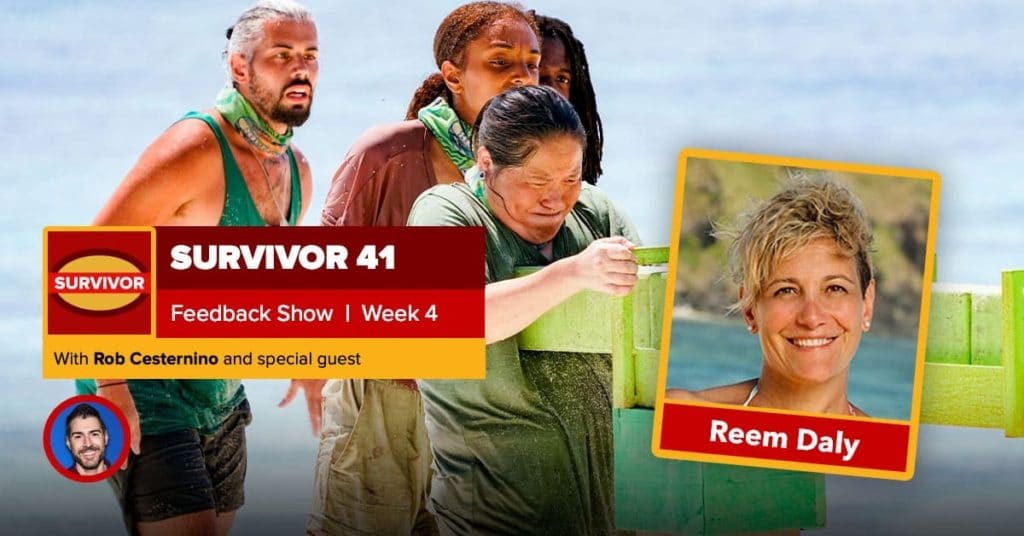 Rob Cesternino (@RobCesternino) is back to take the feedback from all the listeners of Rob Has a Podcast in the fourth feedback show of Survivor 41. This week, Rob is joined by the legendary first boot of Survivor: Edge of Extinction Reem Daly (@TheReemDaly) to discuss everything that happened during the fourth episode of the season and go through all the questions the listeners submitted for the podcast.

NOTE: You can gain early access to the weekly feedback show as soon as it’s recorded by becoming a Patron of RHAP at robhasawebsite.com/patron.