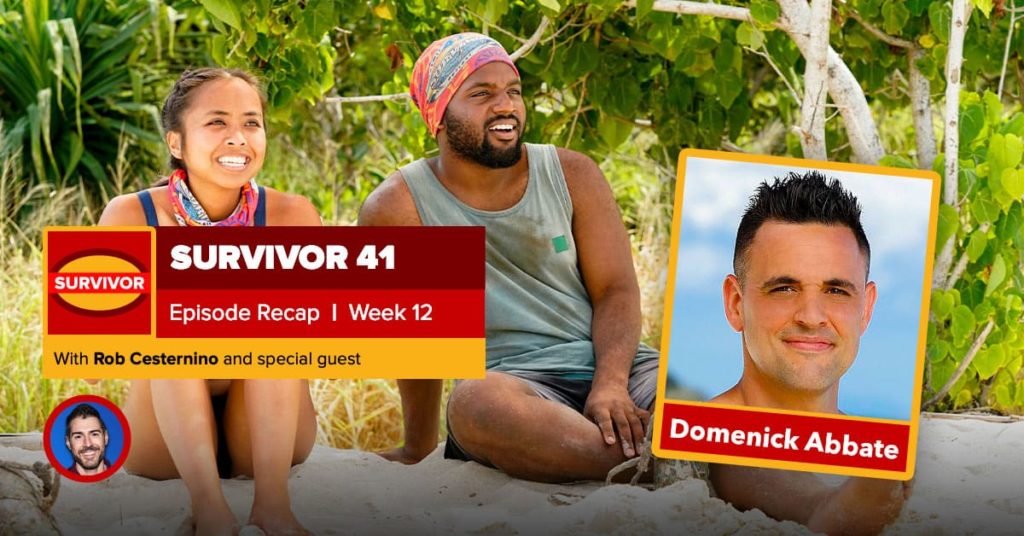 This week, we’re doing this backwards as we end the week of Survivor 41 podcasts with the recap (with the feedback show with Mike Bloom already in your feeds)! Rob Cesternino (@RobCesternino) is back with another former Survivor castaway to recap in the twelfth recap of Survivor 41. This week, Rob is joined by the runner-up of Survivor: Ghost Island Domenick Abbate (@AbbateDomenick) to discuss everything that happened during the twelfth episode of the season in detail and go through all the questions the listeners submitted for the podcast. as they look toward the upcoming finale.

NOTE: You can gain early access to the weekly feedback show (and this week, the recap) as soon as it’s recorded by becoming a Patron of RHAP at robhasawebsite.com/patron.