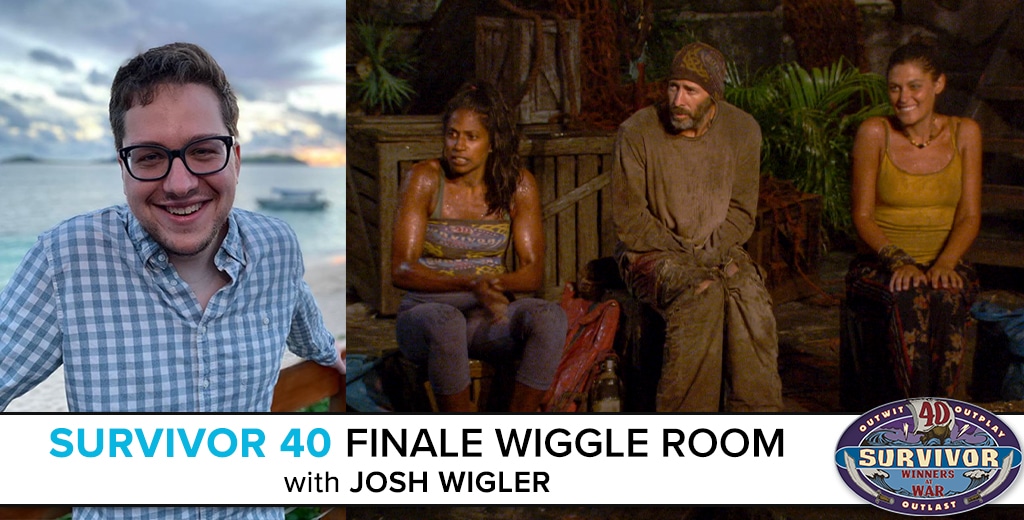 Rob Cesternino is joined by Josh Wigler and to discuss all that happened during the finale of Survivor: Winners at War in the “Wiggle Room.” First, Rob and Josh talk about their thoughts about the episode, the season as a whole, and much more.

Then, Rob and Josh conduct a song parody competition in its 6th installment called the “Wandoff” where the listeners submit song parodies of the episode and the listeners are tasked with voting on their favorite from the week. This round was the “Final Wandoff” where each winner from Survivor: Island of the Idols and Survivor: Winners at War were invited to submit a song to win the overall Survivor 40 “Wandoff.”

You may skip ahead to the “Wandoff” (or remember to stop listening) at 18:50.

Schedule of the RHAP Survivor: Winners at War FINALE Podcasts