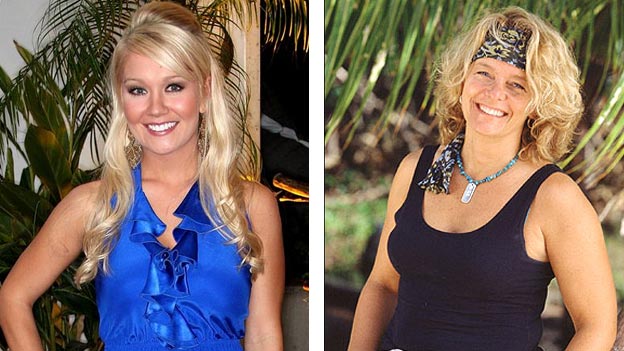 Don’t Miss the LIVE call-in Survivor Heroes vs. Villains Post-Game show with Rob and Nicole at 11:00 pm EST on Sunday, May 16

After Rupert Boneham got voted out of the tribe this week we’re down to only 5 Survivors left on Heroes vs. Villains. Rob Cesternino and Nicole Palmeri are joined by two great Survivors to talk about all of this week’s drama. Natalie White from Survivor: Samoa talks about her first hand experience with Russell Hantz and the brand new grandmother, Kathy Vavrick O’Brien, from Survivor All-Stars and Marquesas talks about her experiences with Jerri and Colby. On this week’s episode we’ll discuss:

– How does Natalie think Russell Hantz has changed his gameplay since Survivor Samoa, and how does she think he will fare against another jury this time around?

– We’ll find out how Natalie thinks Russell Hantz will vote if he doesn’t end up in the final three?

– What does Kathy think of the sluggish play this season of former Survivor All-Stars tribe mate Colby Donaldson?

– What did Kathy think of the gameplay of Boston Rob Mariano on Survivor Heroes vs. Villians and how does she think he handled himself in his rivalry with Russell Hantz.

– Which former winner has the better chance going into the Survivor Heroes vs. Villains finale, Parvati Shallow or Sandra Diaz-Twine

Also, be sure to check out Rob’s exclusive bonus interview with Erik Reichenbach who is competing for the dumbest survivor move of all time!

It’s a jam packed Survivor podcast with two amazing women Survivors… whether you listen on itunes or on your new smart phone from Sprint, it’s the last regular season Survivor episode of Rob Has A Podcast.